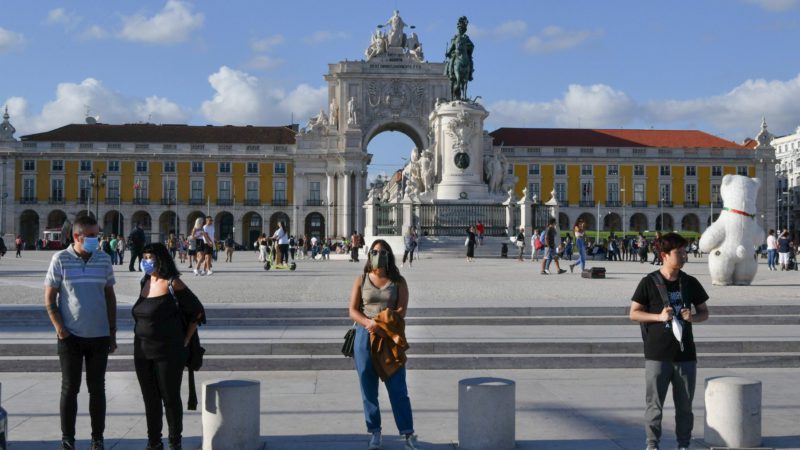 The Prime Minister of Portugal, António Costa, announced this Thursday that the country will return to a state of health emergency as of December 1, as a result of the significant increase in new infections and with an incidence that is already in the 251 cases for each 100,000 inhabitants in the last 14 days.

Costa’s announcement brings with it again the obligation to wear masks in closed spaces, present vaccination certificates or negative coronavirus tests to be able to access bars, restaurants, leisure spaces and sporting events, in addition to the control of the air borders in which the health pass must be presented.

“We are better than most European countries, but we are not as good as we want to be so this is the right time to start adopt new measures, among which are also opting for teleworking whenever possible and performing coronavirus self-tests.

These new measures are expected to remain in force until February of next year, with a week of containment from January 2 to 9 facing the return to classrooms a day later, in which teleworking will be mandatory and the clubs will remain closed, explained Costa.

Although the situation has worsened, as Costa has recognized, he stressed that it could have been worse if the Portuguese had not responded as well as they have done to the vaccination campaign and for this he thanked this «effort and a very high civic sense » that their compatriots have shown.

“Being the most vaccinated has beneficial consequences for all of us. Thanks to increased vaccination, Portugal has fewer hospitalized patients than those registered in other countries in intensive care units and, above all, there have been fewer deaths, which means that vaccination has saved lives, ”the Portuguese Prime Minister remarked.

The daily balance of the COVID-19 pandemic in Portugal has exceeded for the second consecutive day the 3,000 positives, after the worst data since the end of July was recorded on Wednesday and in the midst of the debate on the need to adopt new restrictions to contain the upward trend in infections.

Portugal, which has accumulated more than 1.1 million positives since the start of the pandemic, is already approaching the 50,000 active cases. The death toll has been updated with 15 more deaths, while the number of patients admitted to intensive care is more than a hundred.

The Lisbon region and the Tagus Valley, with 1,096 additional infections, heads the balance of this Thursday, ahead of the North zone, where the General Health Directorate has registered another 696 positives, and the Central part, where another 696 have been reported.

The Government of Portugal has recalled in recent days the importance of not lowering its guard and continuing to advance in the vaccination campaign, although the measures it will adopt remain to be clarified the Executive of António Costa to contain the spread of the virus. Authorities have ruled out a new lockdown, assuming the situation is not as dangerous as in previous waves.

The Portuguese president, Marcelo Rebelo de Sousa, has considered “good news” the authorization of the European Medicines Agency (EMA) so that children between five and eleven years old can receive the vaccine developed by Pfizer and BioNTech against COVID-19.