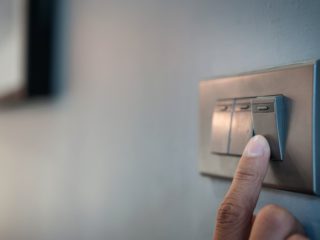 After the major power outage in Dresden, the police assume an accident with a normal balloon. The power failure on Monday was triggered by a standard balloon that is used for weddings or children’s birthdays, police spokesman Thomas Geithner said on Tuesday at a joint press conference with the network operator SachsenEnergie. The police are now looking for witnesses and want to examine the remains of the balloon for DNA traces and fingerprints. The network operator wants to check whether further security measures are necessary. It is clear that there will be more video surveillance in the future, including in the affected plant.

The balloon had not been prepared and there was no letter of confession, said Geithner. A resolution cannot be ruled out one hundred percent, but according to the current state of affairs, the police assume a coincidence. When searching for the cause of the malfunction, the police found charred remains of a balloon. At first it was unclear whether the metal-coated balloon that presumably caused the power failure had been controlled in a targeted manner or had accidentally reached the neuralgic point of the Dresden Süd feed-in substation.

On Monday afternoon, around 300,000 households in Dresden and the surrounding area had no electricity at times. Companies and tram traffic were also affected. Among other things, the Bosch semiconductor plant was affected, as a spokeswoman for the company explained to heise online. The existing emergency power supply went into operation immediately and maintained the most important building and security functions; the production was nevertheless affected by the power failure. Any impairments and damage that have arisen are currently still being analyzed.

The power failure had no impact or after-effects on the IT area of ​​the state capital Dresden, explained operations manager Michael Breendung. In all central IT and telecommunications systems, the emergency power supply systems would have ensured continuous operation. There was no damage to technical systems.

The Dresden fire brigade reported of a total of 270 emergency calls during the time of the power failure, which corresponds to 10 to 15 times as much as a normal day. The regional control center has since been supplied with an emergency generator so that calls on 112 could be processed. There were a total of 34 fire and rescue services in the context of the power failure. In 24 cases, the emergency services had to free people who were stuck in elevators. The ambulance service went out to see patients whose home ventilators only worked for a limited time due to a lack of electricity.

(With material from the dpa) /