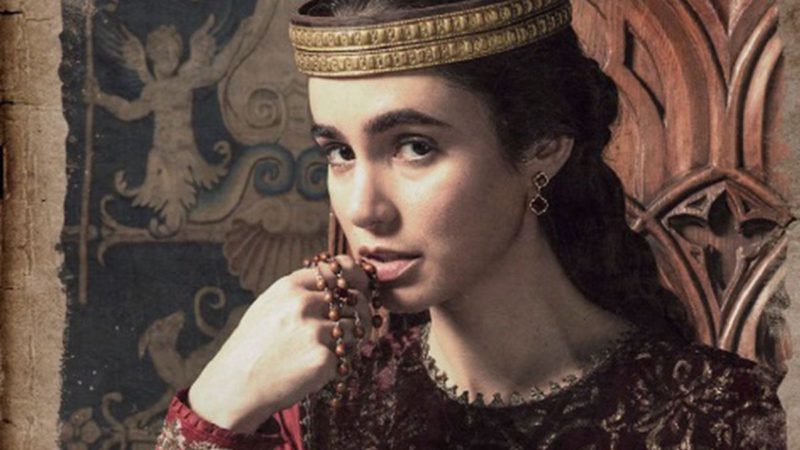 After a last weekend marked by appointments of major football events, this weekend seems much calmer in this regard. Quiet even in the rhythm of premieres of the main VOD platforms, although there are still interesting things.

On Netflix, the closing with the latest installment of Teen slasher trilogy The Street of Terror, which despite adapting a series of books by the juvenile author RL Stine -Pesadillas-, there are three films with the R for those over 18 years old due to their gore content. The best thing is that the three films have the same protagonists and setting, but each one changes the year, with this last installment being set at the height of the witch-burning in the most puritanical North America, in 1666. A triptych and a premiere rhythm -a movie per week- which has become one of the most pleasant surprises of the cinephile summer.

And also Ali & Queen QueensIndonesian comedy in which after the death of his father, a teenager leaves for New York in search of his estranged mother and soon finds love and connection in unexpected places. And the drawings of Johnny Test and his genetically modified dog.

At Movistar + we only have one premiere for this weekend, and just today, Friday the 16th. Dreams of a writer in New York, with a cast that includes Sigourney Weaver and young Margaret Qualley star in this film based on the autobiography of the journalist and writer Joanna Rakoff “My Year with Salinger”, in which she narrates her time at the literary agency with which JD Salinger, the mythical and eccentric author of “The Catcher in the Rye, worked “.

The main course this weekend is Prime Video: After less than a year between one and another, we already have here the second season of El Cid, Prime Video’s Spanish epic fiction in blockbuster format that according to its trailer seeks that Game of Thrones tone, but with the quintessential Spanish hero, in a series starring Jamie Lorente, who comes from the ultra-popular La Casa de Papel and Elite. This season, palace intrigues and fraternal rivalry will increase in pursuit of the Kingdom’s throne after the death of King Ferdinand.

And the reality show Making the Cut, in which the (still supermodel) Heidi Klum and Tim Gunn, accompanied by another top model such as Winnie Harlow and Moschino’s creative director, Jeremy Scott, will team up in search of the best international fashion designer.

If you like Spanish rom-coms, you have the fourth season of There Abajo, in which a young man who lives in the North with his traditional and controlling mother. Everything changes for Iñaki when suddenly, he is forced to accompany his mother on a Third Age trip to the South. After an accident, the mother falls into a coma and must remain in a hospital far from her homeland, where people are very different, especially Carmen, a jovial nurse who will make the boy from the North fall in love. Iñaki will have to take control of his life and, accompanied by a group of unique characters, will face his involuntary banishment.

And the 2011 version of the immortal drama Jane Eyre by Charlote Bronte, with some great Michael Fassbender and Mia Wasikowska in a version of the director Cary Joji Fukunaga very very careful on a visual level.

After a last weekend with a megaton like Black Widow, this weekend things are calmer at Disney +, with the only premiere of Rise of the Planet of the Apes, the first part of the stupendous trilogy that tells us how the Earth was taken over by the apes, in a canonical prequel to the iconic Charlton Heston saga. A film that the Academy did not dare to nominate for the Oscar for best actor to Andy Serkiss, who makes a brutal interpretation in MoCap of the ape who led the revolution – all his gestures being his, with the CGI used to simply ‘dress’ him as a monkey .

In Filmin we have the teenage story ‘coming of age’ with a curious title: Death of Nintendo -with a star cameo from a FamiCom and everything.