“Premios Juventud 2021”: schedule and how to watch the gala live 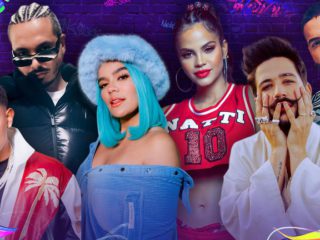 The 2021 Youth Awards, an event that brings together the most successful Latino artists of the moment, will be held this year from the city of Miami, Florida, United States. Unlike the previous edition, which was held virtually due to the COVID-19 pandemic, this time the awards will feature an audience and live presentations.

This year, the event It will be hosted by Chiquis Rivera, Sebastián Yatra and Alejandra Espinoza. While in the backstage the presence of the conductor of Primer Impacto, Borja Voces, is enlisted.

The ceremony will be attended by world-class artists such as Camila Cabello, Ricky Martin, Karol G, Camilo, Anitta, among others, who promise to turn the gala into a whole Latin party. Next, we tell you all the details of the Youth Awards 2021, when and where to see the awards ceremony.

The 2021 Premios Juventud will be held at the University of Miami Wastco Center, located in Florida, United States. The event will be broadcast live on July 22 at 7:00 p.m. through the Univision channel, the television network that organizes this ceremony every year.

Prior to the awards, where recognition will be given to the 29 categories nominated for different areas, Premios Juventud 2021 will begin with the live broadcast of the arrival of great singers and guests at the Wastco Center in Miami.

According to information from ‘Univision’, more than 30 artists have confirmed their participation for the 2021 Premios Juventud, among which the performances of Karol G, Natti Natasha, Ricky Martin, Pitbull, Anitta, Sebastián Yatra, Los Ángeles Azules, Kali Uchis stand out. and Farruko.

One of the most anticipated performances is that of Camila Cabello, as this will be her first time at the Premios Juventud. Gloria Trevi, Becky G, Axel Rulay, Tini, CNCO, RKM, Gente de Zona, Guaynaa, El Alfa, Myke Towers, Kali Uchis, among others will also perform.

Likewise, there will be a special performance by the Aguilar family in a “tribute to the families of musical stars that unite generations”, in which Pepe Aguilar and his sons Angela and Leonardo will delight the audience.

With 12 nominations, Camilo and Karol G are the artists with the most nominations in the 2021 edition of Premios Juventud, which in this edition put a special focus on regional Mexican music.