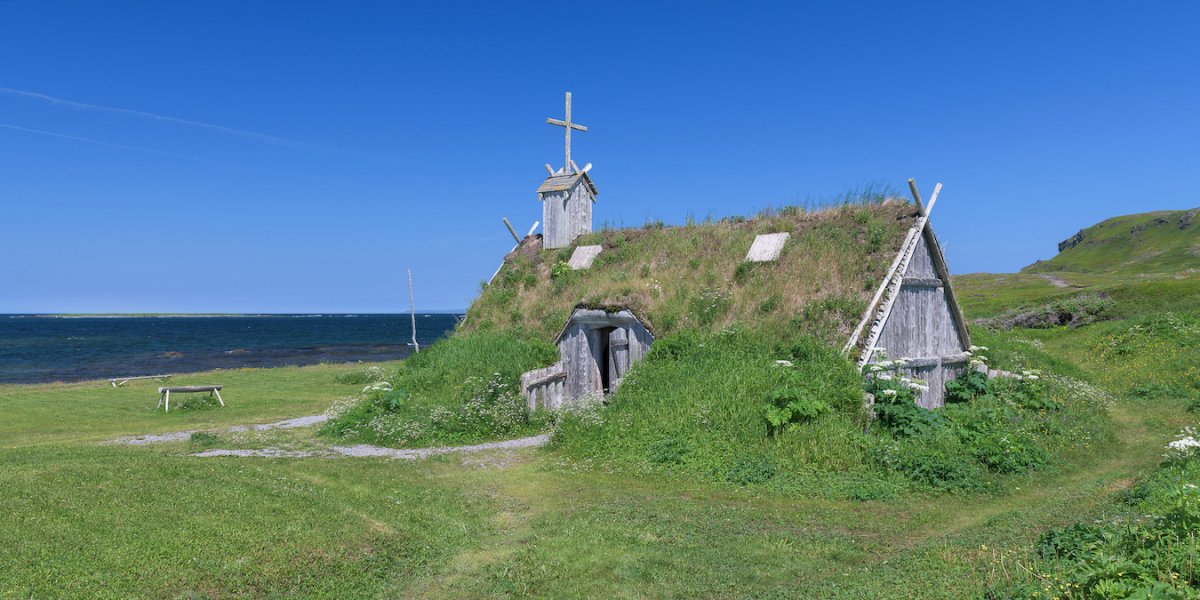 Presence of Vikings in America dated to the exact year

Exactly 1000 years ago, in 1021, Vikings felled trees on Newfoundland. An international research team has now succeeded in pinpointing the exact time of the long-known first contact between Europe and America. An unusually strong increase in cosmic rays in 993 helped.

The remains of the Viking settlement L’Anse aux Meadows on the northern tip of the Canadian island of Newfoundland were discovered in 1961 by the Norwegian archaeologists Helge and Anne-Stine Ingstad and have so far been dated to around the year 1000. Like the team led by Michael W. Dee (University of Groningen) in Nature reported, the time of settlement could not be determined more precisely, even using the radiocarbon method.

The data showed a wide range of variation, which are partly due to inaccuracies in the measurement methods in the 1960s and 1970s. But they were also related to the fact that the biological age of the objects examined could have been up to several hundred years at the time of their use.

These limitations the scientists have now overcome by combining the radiocarbon method with dendrochronology, the age determination based on the annual rings in trees. This was possible because there was an extraordinary increase in cosmic rays shortly after the settlement was built.

Cosmic radiation creates the prerequisite for the radiocarbon method, as it permanently creates the radioactive carbon isotope C-14 through interaction with carbon-containing molecules such as carbon dioxide in the upper layers of the earth’s atmosphere. Since radioactive elements decay at a specific rate, the half-life, the age of objects in which carbon is permanently bound can be determined using the ratio of C-14 to the stable isotope C-12: The lower the proportion of C-14 the older the object. The half-life of C-14 is 5730 ± 40 years; this method cannot be used to determine the age exactly to the year.

While the rate of C-14 formation is largely constant for most of the time, there have been years in the past when it suddenly rose sharply. The strongest of these increases so far occurred in the years 774/775, somewhat weaker ones were in the years 660 BC. Chr. And detected for 993/994 and attributed to strong solar storms due to a simultaneously observed increase in radioactive beryllium (Be-10). The C-14 increase of 993 could now be used for an exact dating because it could be identified in the annual rings of three wooden objects that had been worked with metal tools. Such tools were not available to the Native Americans at the time. The dating is confirmed by the fact that the objects come from different trees. For two of them, microscopic examinations also showed that the trees were felled in spring and late summer.

Their result, the researchers write, “represents the only certain calendar date for the presence of Europeans on the other side of the Atlantic prior to the voyages of Columbus”. The Icelandic Vinland sagas suggested that there was a cultural exchange with the indigenous people of North America. This should also have resulted in an exchange of pathogens, the spread of foreign plant and animal species and a mixture of genes, the researchers continue. So far there is no evidence of this. Future research would therefore have to clarify what role the year 1021 played in the entire transatlantic activity of the Vikings.