President Joe Biden to debut as a Disney attraction in August 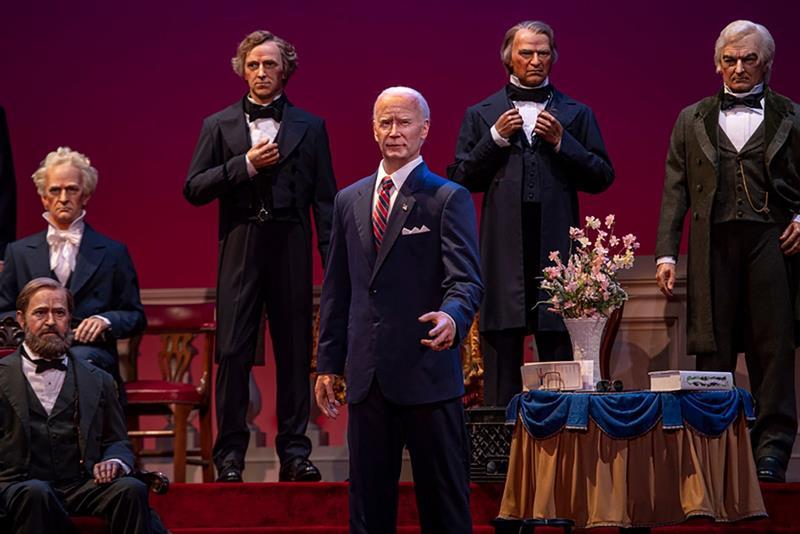 Miami, Jul 20 (EFE) .- The president of the United States, Joe Biden, will debut in August at the Hall of Presidents, an attraction in the Magic Kingdom park in Orlando (Florida) that brings together animated and talking figures of those who have arrived to the Presidency of this country.

Disney posted on its blog a photograph of the figure of Biden, the 46th president of the United States, standing with one hand extended forward next to the figures of his peers.

When the attraction reopens in August, the figure of the current president, 78 years old and the second to profess the Catholic religion in US history, will be at the center of the scene surrounded by those of his predecessors in the White House. , including that of Republican Donald Trump, who was the 45th president.

The blog says that Biden re-recorded his inauguration speech on January 20, 2021, specially for this attraction, and Disney specialists have been working to match the figure’s movements to his words.

Everything that concerns the figure of Biden has been taken care of to the maximum detail from his clothes, to the furniture and documents, says Disney.

As with other presidents, two objects have been selected that are linked to Biden: his aviator sunglasses and some peach blossoms representing his state, Delaware, placed in a white vase.

Those objects will be exhibited on a table next to the figure of Biden, who before being president was vice president with Barack Obama in his two terms.

Hall of The Presidents has been a part of Magic Kindom Park since it opened in 1971, 50 years ago.