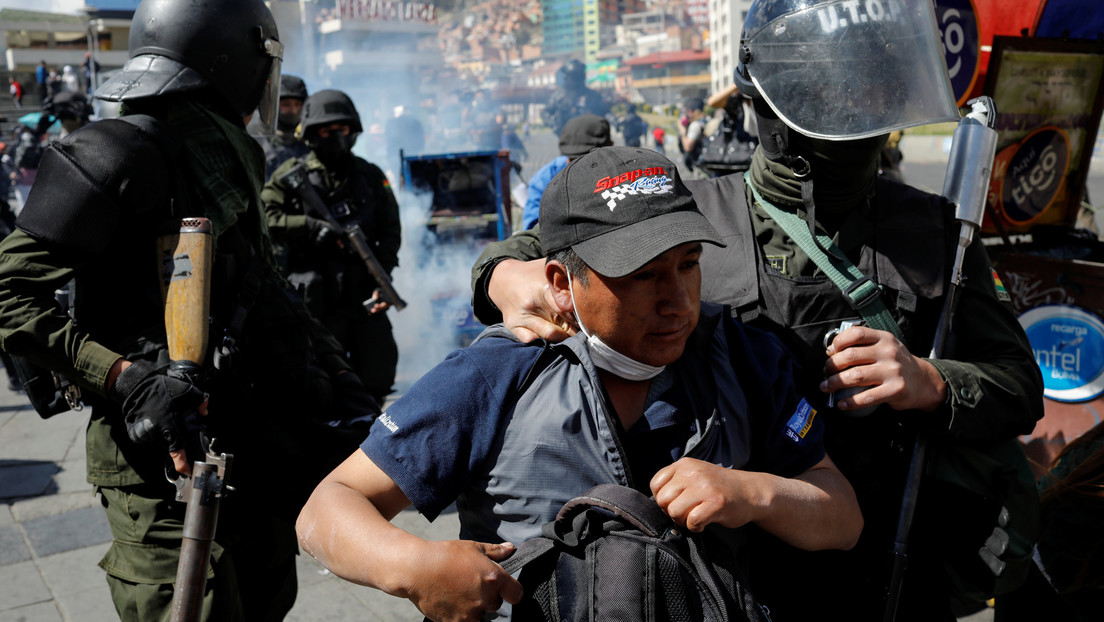 The Bolivian Justice issued preventive detention against Army Colonel Héctor Pérez, accused of transferring tear gas from Ecuador to repress protests against the de facto regime of Jeanine Áñez in November 2019, after the coup in the South American country.

The military He was sent to the San Pedro jail, located in La Paz, where he will stay for at least six months.

Pérez would have been an assistant to the former Defense Minister of the de facto administration, Luis Fernando López, another of those indicated for the transfer of anti-riot equipment, he reviewed Page seven.

The soldier was arrested on Tuesday in Cobija, Pando department, and transferred to the offices of the Special Force to Fight Crime (FELCC) in the city of La Paz.

The anti-corruption prosecutor Eddy Flores reported that Pérez, along with a police officer, traveled to Ecuador in November 2019 to collect the chemical agents in a Hercules plane, in breach of Bolivian regulations.

“According to the theory, on November 15, 2019 this citizen and another official went to Ecuador to collect chemical agents, but without documentation or ministerial resolution and in breach of Law 400 [de Control de Armas de Fuego, Municiones, Explosivos y otros Materiales relacionados]”said the prosecutor.

On November 5, the prosecutor of La Paz, William Alave, reported on the arrest of the former head of the Department of Armaments and Equipment of the General Command of the Police William EFE, for his alleged responsibility in the transfer of these riot control materials from Ecuador.

Shipments from Ecuador and Argentina

This case, in which the former Minister of Government of the de facto administration, Arturo Murillo, is also investigated, is known as ‘Gases de Ecuador’; however, it also involves Argentina.

Last June, the Bolivian Government revealed that in November 2019, weapons and ammunition were irregularly sent from Argentina, during the administration of Mauricio Macri, and Ecuador, under Lenín Moreno, to the Áñez administration.