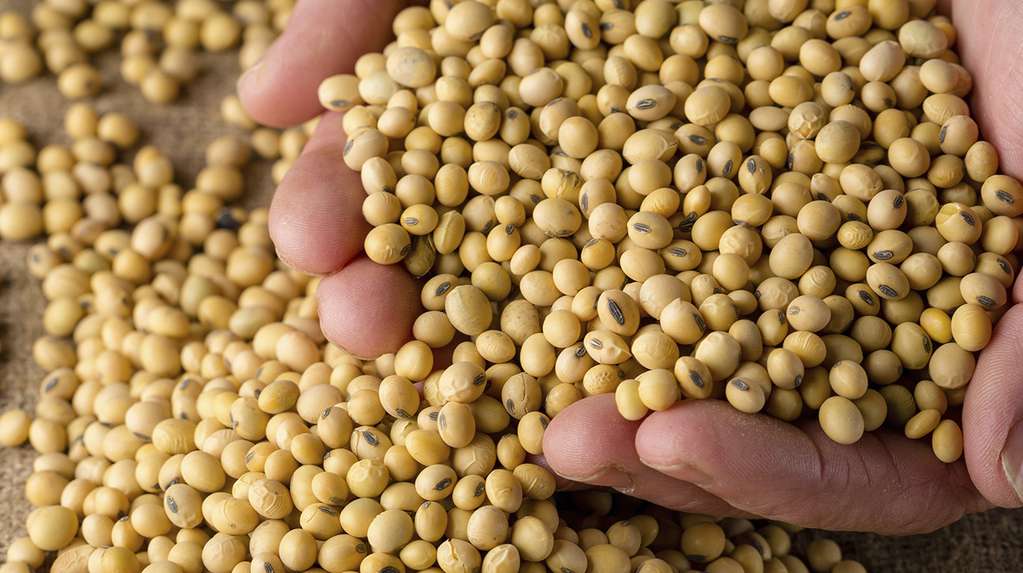 Price of soybeans: close to 500 dollars per ton in the international market

Soybeans started with everything on the first business day of the year and approached $ 500 per ton on Monday in the Chicago international market. At the start of the wheel, reached 495 US $ / t, although later it retracted and closed at 484 US $ / t. Grain market specialists highlighted that during 2020 the value of the oilseed in the international market registered a rise of one 37.1%, the largest annual increase since 2007.

For a couple of months, the bean began with an upward trend and by the end of December it broke the barrier of 460 dollars per ton in the international market, a price that it had not shown for more than six years.

The persistence of the drought In a large part of the South American producing areas it has a full impact on prices, after the harvest forecasts for Brazil were cut from 129 to 127 million tons and the water deficit increasingly worries Argentine producers.

Eugenio Irazuegui, Market analyst at Corredora de Cereales Zeni, explained in dialogue with TN.com.ar that the oilseed has been showing an upward trend since the end of October last year that was maintained until the last days of November, and then accelerated from December 5 to today.

// Grain market: the price of soybeans, corn and wheat for Wednesday, December 30

“In our country, first-class crops have already been established, which are affected by the lack of rainfall. Despite the latest records, it rained very little and that not only impacts what is already planted, but also casts doubt on whether the late and second-occupation plots will end up being implemented, “said the specialist.

In addition, he added that the climatic factor is compounded by the stoppage of shipments due to the port union conflict that lasted 20 days and limited supply worldwide.

// Oil workers stoppage | After 20 days and a tense 9-hour meeting, there was an agreement and the strike was lifted

“Brazil is the main grain producer in the world, very close to the United States, where planting is completed but in a context of drought in Mato Grosso and Mato Grosso del Sur, which are two key areas for the country’s production, and also , to a lesser extent, in the states of Paraná, Santa Catarina and Río Grande del Sur. That both Argentina and Brazil have drought problems puts the level of world soybean production at risk ”, said Irazuegui.

The professional highlighted the great global demand, especially from China. “Given the problems that South America presents, a large part of the purchases are directed to the United States. The projection of final stocks is expected to be lower than in other years, around 5 million tons ”, he concluded.

For its part, Dolores Rodríguez Pareja, Head of Research and Analysis at Morgan García Mansilla, pointed out that during 2020 the value of soybeans in Chicago registered a rise of one 37,1%, the largest annual increase since 2007 and stressed that the market “closely follows” the weather in South America.

“The forecasts indicate the greatest amount of rainfall for Brazil in the next seven days. In Argentina, although there are estimates of rainfall, they are scarce and very irregular in the central zone ”, he explained.

Meanwhile, he added that on Tuesday the 12th the monthly report of the United States Department of Agriculture (USDA) will be published where not only it will be key to observe the climate predictions for South America, but also what adjustment the body will make in the soybean production data for the United States (It is worth remembering that it had been reporting the lowest stock-consumption ratio in recent years).

And he highlighted: “The weak dollar helps all commodities, be they agricultural or metals, and palm oil also contributes to the rise in the price of beans due to the floods in Malaysia and Indonesia “.

// The TEG of soybeans: Argentina and Russia played to bring the price to 457 dollars per ton in Chicago

Finally, the market analyst Lorena D’Angelo, of AZ Group, stated that “soybean prices began in 2021 with a strong rise as a result of the weather in South America where during the weekend there was no heavy rainfall in Brazil as expected”.

In addition, he added that in Argentina, the water deficit is compounded by high temperatures that have a strong impact on thick crops.

“If we take the stock-consumption ratio and the little offer in the international market with the great Chinese demand, we can see an oilseed close to $ 500 per ton in Chicago. This will be defined in the coming weeks and will depend on the climatic conditions in South America ”, concluded the specialist.