Primafrio initiates its IPO to go public with a valuation of up to 1,700 million 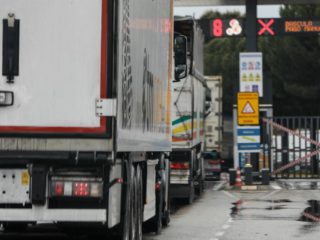 Primafrio, a Murcian company dedicated to transport by road of horticultural products at a controlled temperature, will Bag through a Public Offer of Sale (ON V) of 35 million ordinary shares, equivalent to 25% of the capital, in which the company is valued between 1,300 and 1,700 million euros.

The National Securities Market Commission (CNMV) has published the company’s IPO brochure, in which it establishes a price of between 9.30 and 12.10 euros for each Primafrio share. In this way, the planned collection for its IPO could be between 325.5 and 423.5 million euros.

The offer is exclusively addressed to qualified investors and Primafrio’s securities are expected to start trading on June 24, under the ticker ‘PRF’ on the Madrid, Barcelona, ​​Valencia and Bilbao stock exchanges.

Regarding the policy of dividends, the company aims to maintain a pay-out 60% of your profit.

New board of directors

The company has appointed a new advice of administration to adapt to the requirements of corporate governance of listed companies. The president and CEO of the company will be the brothers Juan Ignacio and Esteban Conesa Alcaraz, respectively. It will also have two proprietary directors, who will be Carmen Panadero Reyes and Gerard van Kesteren; and five independent directors, who are Enrique Pérez-Hernández and Ruiz-Falcó, Carmen Fernández Rozado, Isabel García Tejerina, Dirk Reich and Carmen del Río Novo.

The operation includes an over-allotment option that can reach an additional 10% on the number of shares offered, with which a free float of between 25% and 27.5% would be achieved.

Thus, the founders of Primafrio, Juan Conesa Y Jose Esteban Conesa, will maintain a majority stake in the company of approximately 75%.

JP Morgan and Morgan Stanley act as global coordinating entities of the offer and together with Banco Santander, Berenberg, Société Générale and CaixaBank as ‘joint bookrunners’, and Alantra, Commerzbank, Kempen & Co and JB Capital Markets as ‘co-lead managers’ (jointly the insurance entities).

Linklaters, for its part, acts as national and international legal advisor to the syndicate of underwriter banks and Morgan Stanley will also act as ‘stabilization manager’.

Primafrio’s headquarters are located in Murcia and it also has five other logistics centers in Spain and Portugal.

In addition, thanks to various strategic partnerships with other logistics providers, Primafrio has increased its presence in strategically relevant locations and diversified its business activities, accessing 36 ‘cross docking’ platforms and 16 logistics centers in France and five logistics platforms in Germany.