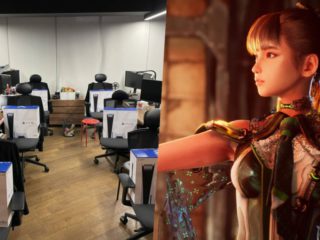 PlayStation Showcase revealed part of the future of PlayStation 5 at the event last Thursday, September 9. He did it hand in hand with video games already announced, but also with unreleased titles such as Project Eve, a frenzied hack and slash that has been compared to Bayonetta. The curious news comes through analyst Daniel Ahmad, who has published on his Twitter account that Kim Hyung-Tae, CEO of Shift Up, has bought 260 PS5 consoles and has given them to the development team.

Shift Up CEO Kim Hyung-Ta celebrated Project Eve’s success at the PlayStation Showcase by purchasing a PS5 to the 260 team membersAhmad has written. “Good,” continues the analyst. “He has simply shown his game at the most important conference on PlayStation. It probably didn’t take much to secure the 260 units. The CEO has said that he has chosen PS5 as a surprise gift, so that all employees can play its title when it goes on sale. “

Also in the previous generation

Project Eve was originally announced in 2019, but at that time it was still a title intended solely for the previous generation of consoles (PS4 and Xbox One) and PC. The studio has finally opted to also bring it to PlayStation 5, so that we can enjoy the unbridled action in the next generation machine of the Japanese. It has been shown in style as a game full of punches and pirouettes, all within a post-apocalyptic world infested with creatures of darkness.

In addition to first-person battles against more conventional enemies, players will have to face off with powerful villains. Project Eve still has no release date confirmed, but other additional details have been offered, such as that the project works under the Unreal Engine.