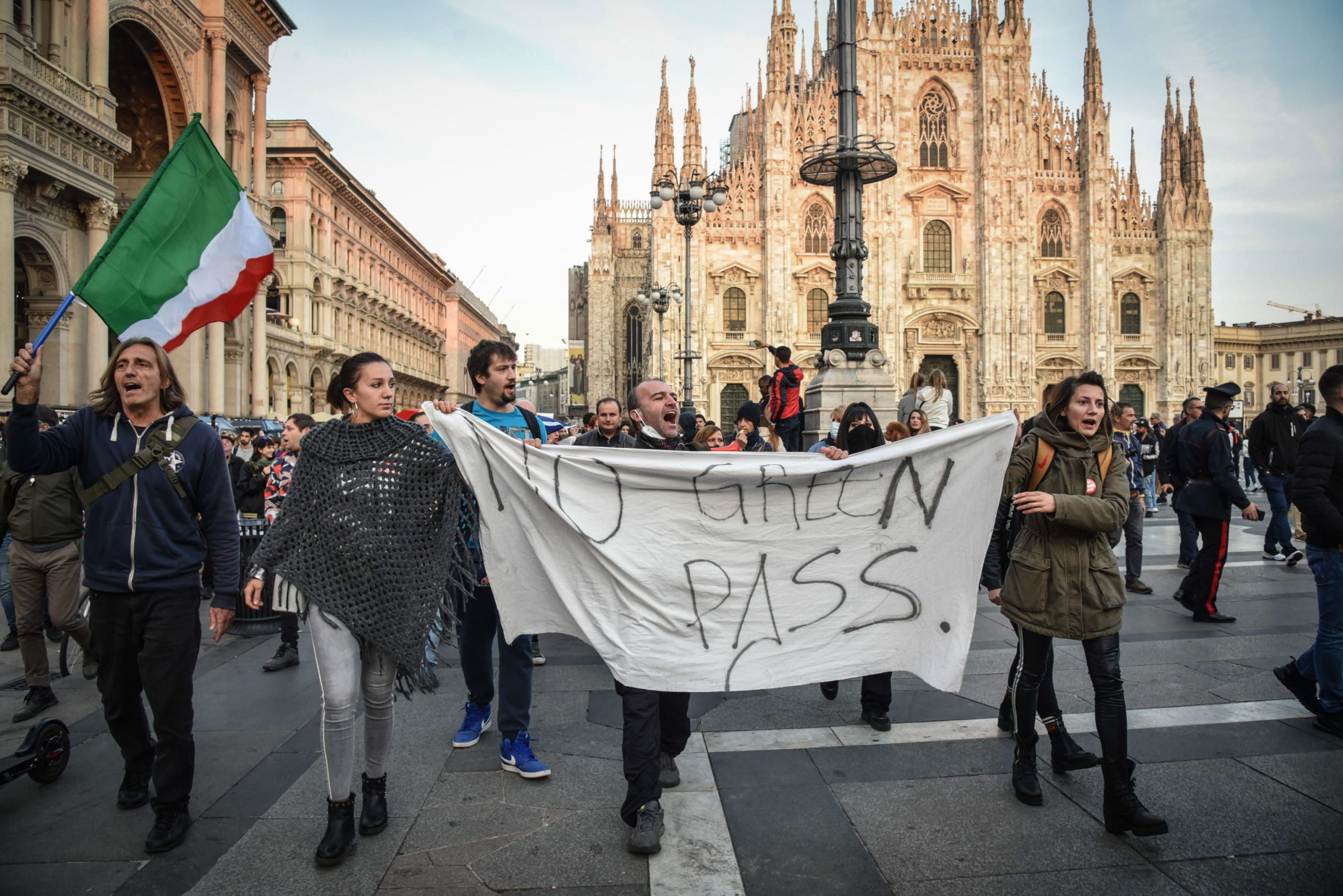 Protests against the covid certificate deflate in Italy | International

The imposition of showing the certificate of vaccination against covid-19 to access the workplace, both in the public and private sectors, has entered into force this Friday in Italy and despite threats to paralyze the country with protests by Part of some sectors, the demonstrations in general have punctured and there has been no trace of the blockade promised by some sectors, such as port employees, who threatened to block some strategic ports such as Genoa or Trieste.

Prime Minister Mario Draghi, who has firmly opted for the measure – known as Green Pass, in Italy – to shore up the economic recovery, it has thus managed to weather its first major stumbling block on the streets. It was his first public litmus test since last February he took the reins of the grand coalition government in which technicians and politicians from all political formations participate, except for the minority and far-right Brothers of Italy. And he has managed to get away with it. The former president of the European Central Bank has remained firm in his position and has not yielded to pressure from those who asked, among other things, to delay the entry into force of the restrictions, lower the price of coronavirus detection tests or expand the validity of the same from two to three days, to lower the cost of this option. The sanitary pass is increasingly essential for daily life in Italy and, for this, it is necessary to be vaccinated, to have recently overcome the infection or to give negative in a test valid for 48 hours. Making it compulsory to access the job is in practice a way to push everyone to get vaccinated, since the option of undergoing coronavirus tests to obtain sanitary safe conduct, due to its price and its dynamics, is not really viable.

The Government was especially concerned about the protest announced by stevedores in key ports such as Genoa, close to France, or Trieste, the entry and exit gate for goods and carriers from Eastern Europe. There the largest demonstration was feared and finally some 3,000 workers mobilized in the docks, but without hindering the activity of those who chose not to join the strike, so there were only some delays.

The protests were replicated throughout the national territory, but did not generate serious complications, beyond specific delays in public transport in cities such as Milan, Verona, Padua or Venice.

In Rome, where last week hundreds of neo-fascist protesters, infiltrated in an anti-vaccination march of about 10,000 people, turned the center into a pitched battle and besieged the headquarters of a union, the concentration this Friday passed without pain or glory. It was convened in the huge esplanade of the Circus Maximus due to the possibility that the influx was massive, but finally only several hundred people participated, who denounced an alleged violation of their rights and freedoms. The rally also saw a handful of flags calling for Italy to leave the European Union and banners crying out against a “false pandemic.” Anti-vaccine doctor Pasquale Bacco took the stage to ask for freedom and to be able to choose whether to get vaccinated or not. Other anti-vaccine exponents cried out from the box against “a way of thinking contrary to life and imposed by law.”

According to the employers’ association of the industry, the first day of the mandatory health certificate “has gone well”, in statements of its president, Carlo Bonomi. “Because of the news we have and because of the contacts within the system, I believe that responsibility has prevailed, which is what we asked for. Fortunately things are going well and I hope it will continue like this in the coming days ”, he pointed out.

In Italy, with 60 million inhabitants, more than 43 million people have completed the vaccination schedule, around 80% of the population. According to data from the Gimbe Foundation, about four million workers are not immunized. These figures suggested that the protests would have a greater following.

Many protesters have announced their intention to continue the rallies until the Government rectifies. Although everything indicates that Draghi does not even contemplate the option of revoking the obligatory nature of the covid passport, a measure that also has the approval of the parties that support his coalition of national unity.

This Saturday a massive march is expected through the center of Rome to reject the neo-fascist movements that last week tried to assault the government headquarters and that ended up causing serious disturbances. These far-right groups, many of them with a fascist imprint, are experiencing a boom in recent times, fueled by popular discontent with the anti-COVID measures adopted by the Executive.