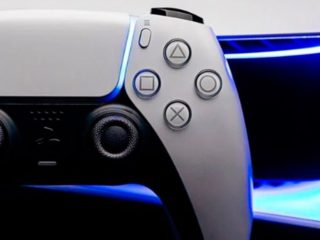 PS5, the next generation console of Sony, you will receive tomorrow, September 15, 2021, your second big firmware update After the previous one last July, a new version of software loaded with news that includes new functionalities such as the possibility of expanding storage Internal SSD, the reproduction of 3D sound through the TV speakers, improvements in the Interface and much more. This has been announced PlayStation through its official blog, as well as sharing the requirements for supported SSD drives and a video-tutorial on how to expand such internal storage.

All the news of the new PS5 firmware

Thus, and thanks to the new PS5 firmware, any user can expand the internal SSD storage with the installation of a M.2 SSD drive which can be purchased separately. Once this new internal drive is installed, it will be possible to download, move and run games of PlayStation 5 and PlayStation 4 from that same SSD memory. To clear any doubts about which units are compatible, PlayStation has enabled the following Web page with all details and requirements, in addition to the video that you can see on these lines to carry out the expansion process in complete safety and without fear of losing the warranty.

Another great novelty that will come along with this new PS5 firmware update is the ability to play 3D audio through integrated speakers of the television or screen that has them, an option until now only available in the PlayStation headphones. And on the Pulse 3D, it will now be possible to equalize them through the sound control menu to create custom profiles.

On the other hand, the PS5 interface receives user experience improvements, from an expanded game base to more control center customization options, as well as visual updates for the game library, among others; also includes automatic video capture for new records and a new trophy tracking system in the quick menu. PS Now, for its part, will now allow you to choose resolution between 720p and 1080p in every game.

PS4 and PS App are not far behind

Last but not least, there are also new features both in PS4 like in PS App. For starters, PS4 will receive an update that will allow view PS5 trophies on PS4 (Until now it was not possible), both own and friends. On the PlayStation app, it will now be possible to use PS Remote with mobile data when no Wi-Fi connection is found, with available bandwidth between 5 Mbps and 15 Mbps.