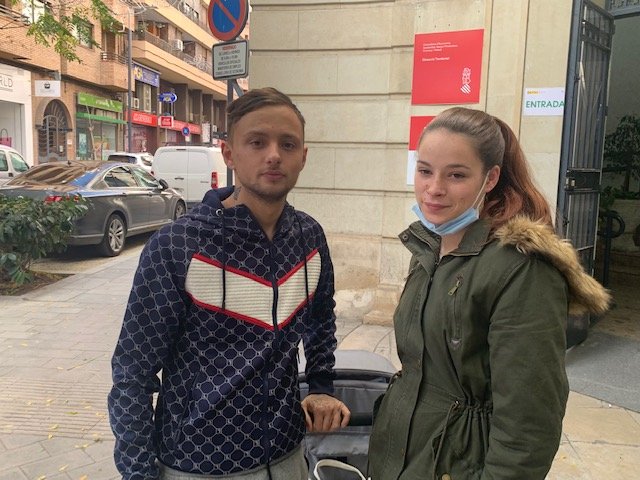 Puig and Oltra plant the abused minor in the conciliation act prior to the lawsuit for her dismissal from the Torrevieja hospital. He will present it in the next few days. Ribera Salud has attended this conciliation act.

Teresa (that’s the name of the young woman abused by Oltra’s ex-husband) had been summoned by the Arbitration and Conciliation Mediation Service (SMAC) in Alicante at 12:45 today. The Valencian Ministry of Health, whose head is the president of the Valencian Socialists Ana Barceló, and the Ribera Salud company were also mentioned. The reason was the act of conciliation prior to the lawsuit for the dismissal of the young woman from the Torrevieja hospital. The Valencian Ministry of Health has not come forward.

Teresa and her partner worked in the Torrevieja hospital. This hospital was publicly owned (Generalitat Valenciana), but privately managed by the Ribera Salud company. On October 15, the hospital went under the direct management of the Valencian Ministry of Health. And that day, Teresa and her partner were unemployed without any document proving the dismissal or prior notice. It so happens that days before that dismissal, in the process of reversal of the hospital, senior managers of the new management (Generalitat Valenciana) requested the contract of the young woman and her partner. They only asked for those two contracts among 1,400 workers. Circumstance that Teresa herself revealed to OK DIARIO considers Oltra’s revenge for the complaint, which the minor filed against the ex-husband of the Valencian vice president for abuse when Teresa was a minor.

But that revenge has turned into contempt. Teresa filed a conciliation claim with the SMAC after the dismissal. This demand provoked the conciliation act that had to be carried out today with three actors: the minor and her boyfriend, on the one hand, Ribera Salud, who had made the contract to Teresa, and the Ministry of Health as the Administration responsible for the hospital and its staff in the moment of dismissal. Since they had no one to leave their son, a seven-month-old baby with, Teresa and her boyfriend have taken him with them. So Teresa, her boyfriend, their baby and Ribera Salud were at the site at the indicated time. However, the Valencian Ministry of Health has not appeared.

To go to the SMAC today, the minor abused by Oltra’s ex-husband and that minor’s partner have had to abandon their job search for a few hours. They are without a euro. But, the first thing was to face up and attend that act of conciliation, although they want to cross again with the Generalitat Valenciana they have very few: they have suffered the worst contempt, that of being out of work without prior notice, without words that confirm or deny that dismissal and without any compensation. Ribera Salud, has appeared.

Now, the process enters a new phase. Teresa and her boyfriend will file a lawsuit before a court. In other words, the dismissal of the minor abused by Oltra’s ex-husband will go to court. They will continue to move forward, as Teresa continued despite the pressure she suffered and having to go to court handcuffed when she denounced Mónica Oltra’s ex-husband today. And won.