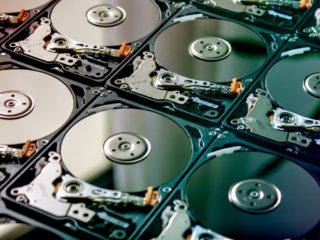 Version 7.0 extends the Windows backup software PureSync with several new functions: Among other things, shadow copies can now be created manually or automatically. These initially only duplicate the table of contents of the storage medium. Initially, this only takes a few megabytes and can be created in under a minute.

If a file changes, the old version is retained in the shadow copy – PureSync saves it and the new file separately. In this way, accidentally deleted data or older versions can be restored. For the system drive, the user can choose between a restore point or a shadow copy: the former only records system-relevant files and folders.

In the announcement of the new release, the developers expressly point out that shadow copies are no substitute for backup: if the storage medium is defective, these are no longer available either.

The Shadow Copy Explorer is also new. With it, users can create and search their shadow copies. The tool marks changed files in color, and a two-sided view is also on board.

If desired, PureSync can now securely delete files: The software overwrites file names and contents so that they can no longer be restored. File filters per directory are also new for backups, for example specific file types can be provided for a backup.

In addition, provider Jumping Bytes has revised the interface. PureSync now collects templates for each job type in separate lists. The Delete rubric is completely new here, with which, for example, certain files or file types can be automatically deleted at a certain point in time.

Details on version 7.0 can be found on puresync.de. The Munich developer Jumping Bytes offers PureSync as freeware for private users, while companies receive some additional functions with the professional version.