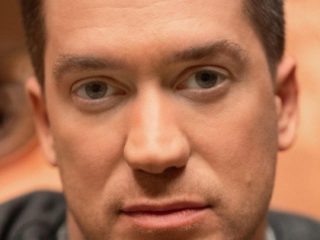 Blindspotting reaches the screen of StarzPlay It is a series that takes up the events that occurred in the film of the same name, released in 2018, only here that the story will be focused on Ashley Rose, the couple of Miles, one of the protagonists of the feature film. The series is a super interesting proposal that addresses with humor and wit the life of a young woman who tries to support her family after her boyfriend returns to prison.

Rafael Casal is the creator of the series with Daveed Diggs and, in addition, he returns to put himself in the role of Miles as in the movie. In an extensive report, the scriptwriter who, in turn, is a musical artist, producer and director, recounted all the details of the series that premieres this Sunday.

Casal was born in California in 1985 and is of Irish and Hispanic descent. From a very young age, he showed an interest in art, both in writing and acting. He began taking his first steps as a scriptwriter in short films until the opportunity came to put his other two passions into practice in the miniseries The Away Team, released in 2014, where he was a writer, director and actor.

Four years later, the movie came Blindspotting, where in addition to writing and acting, he worked in production. Just days before the premiere of the series that continues this story now from the eyes of Ashley, Casal talks about what can be seen from this Sunday. “Ashley Rose has been in a relationship with her partner, Miles, for twelve years and together they raise their son, Sean. Ashley and her son must deal with Miles’ sudden incarceration and as a result their life changes abruptly, as, Ashley is forced to move in with her partner’s family and reexamine all her options, in Oakland“, he indicated.

Regarding his character Miles, Casal revealed that there will be much more to know about him in these episodes. “There is a lot to discover about the circumstances of their arrest, the status of their relationship and how they plan to move forward. I think that as an audience, we are just going to want to see, how the family is going to handle this, what kind of decisions are they going to make around their sentence, how long they will be in prison and what is Ashley’s part and role both in the family and in his arrest “said the showrunner.


In addition, he analyzed in detail the bond that Ashley and Miles have had for so many years, something that managed to strengthen them even more as a couple. “They’ve been through a lot. They met in high school, fell in love in high school, had a child together, spent their teens and early twenties together, and they’re entering this kind of adulthood phase where they’re finally ready to no be young and wild and crazy but they are trying to settle down and try to be middle class and have a dual income home and have a car that they like and just have stability“, he claimed.

Because the series is approached from Ashley’s gaze, Casal recounted what the creative process was like to write the script in this way. “We felt like we had already addressed the Colin and Miles friendship chapter because the movie focuses on this. As we thought about the series, we knew from the beginning if we would ever pick up on this story, we just wanted to see more of Jasmine Cephas Jones. I think. that every time I watch the movie I think I would spend all this time with Ashley if I could. I’m so curious to know what your life is like“, Held.

And I add: “When we were writing the film, many people told us, since this is their first project write about what they know, so I think we did it and we did it very well. We invested in this, and we did it and that helped us to But in the end we thought, you know, there are many characters that shaped our lives in the place where we grew up and there are so many women who are part of this history and give the Bay Area its culture, its substance and its beauty. So, When we thought about going back there, we said let’s address the aspect that we couldn’t address in the movie. Let’s do this story about the different types of characters that we see in Bay, and that we know and love, but haven’t seen on screen yet. ”

According to Casal, the term Blindspotting comes from street language and talks about a psychological phenomenon known as Ruben’s vase. “This is like a portrait that can be perceived as a vase with two faces looking at each other, and the idea is that when you look at it you can only pay attention to one, you have to forget about the other. The idea that You can’t see both at the same time for us, it was an indicator or a way to quickly sum up the idea of ​​two people looking at one thing and seeing two different things, “he said.

With this reflection, Casal shows that the objective of Blindspotting it is just that. Show a fact that can be interpreted in one way by someone and in another way by another. Finally, the director used three words to refer to how the series will be and said it will be “unexpected, hilarious and heartbreaking”.

Blindspotting stars Emmy winner Jasmine Cephas Jones and the Oscar winner Helen Hunt. The cast is completed with the performances of Benjamin Turner, Candance Nicholas-Lippman, Jaylen Barron, Atticus Woodward and, of course, Casal, who will be Miles again in this installment as in the movie.

When to watch Blindspotting on StarzPlay

This is released Sunday June 13 worldwide through STARZPLAY. It should be noted that it will have a premiere before, on Friday, June 11, as part of the Official Selection of the Tribeca Film Festival.