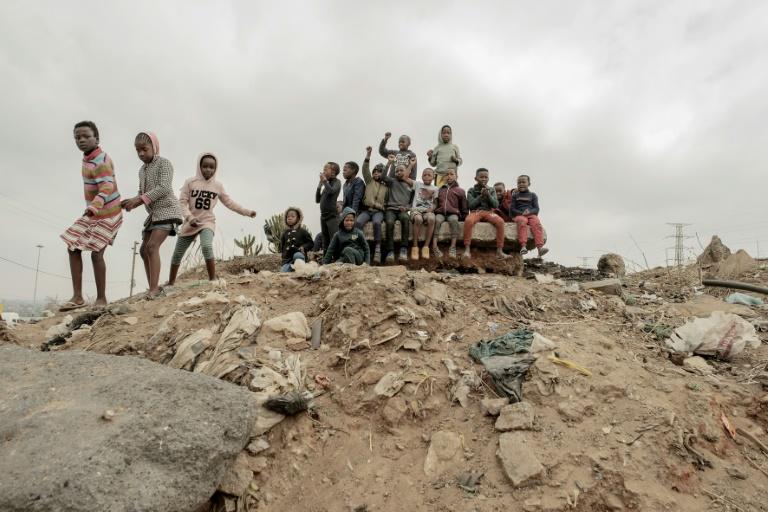 Ramaphosa and the ANC’s “empty promises” in Soweto

“He’s going to give us electricity back!” Shouts 14-year-old Sbusiso Mbele as he runs toward the presidential convoy. Cyril Ramaphosa is campaigning in the South African slum of Soweto for municipal elections, a test for the ANC after 27 years in power and declining popularity.

There has been no electricity in Nomzamo Park for almost three years. The theft of copper cables and a fire in a facility of the public company Eskom in poor condition have plunged him into darkness.

Cyril Ramaphosa steps out of a luxury saloon dressed in a yellow and green leather jacket, the colors of the party. He is surrounded by escorts. A few steps away from him, a group of children shout “Ramaphosa! ANC!” Minutes before the arrival of the convoy, a member of the African National Congress had made them rehearse.

On November 1, South Africans will elect councilors in more than 250 municipalities.

In front of his tin-roofed house, 27-year-old Fezile Mnqokoyi awaits a visit from the head of state. He wants to show him the injuries that dirty water has caused on the legs of his two-year-old son Enzo, and remind him that the party promised to give jobs to young people.

Your house smells of paraffin. Like most residents of the neighborhood without electricity, she uses this petroleum-derived wax for cooking and heating water for washing. You know that it is the cause of your son’s coughing spells, but he has no choice. And he has no money to pay for the medicine to cure it.

That is why as soon as he has a chance he tells the president: “We want electricity, we want work. Today we suffer, sometimes we don’t even have money for paraffin.”

The head of state agrees and promises to fix it. He claims to have asked Eskom (in financial trouble, like most public companies in the country) to fix the electricity problems in Soweto. Then he goes to another house.