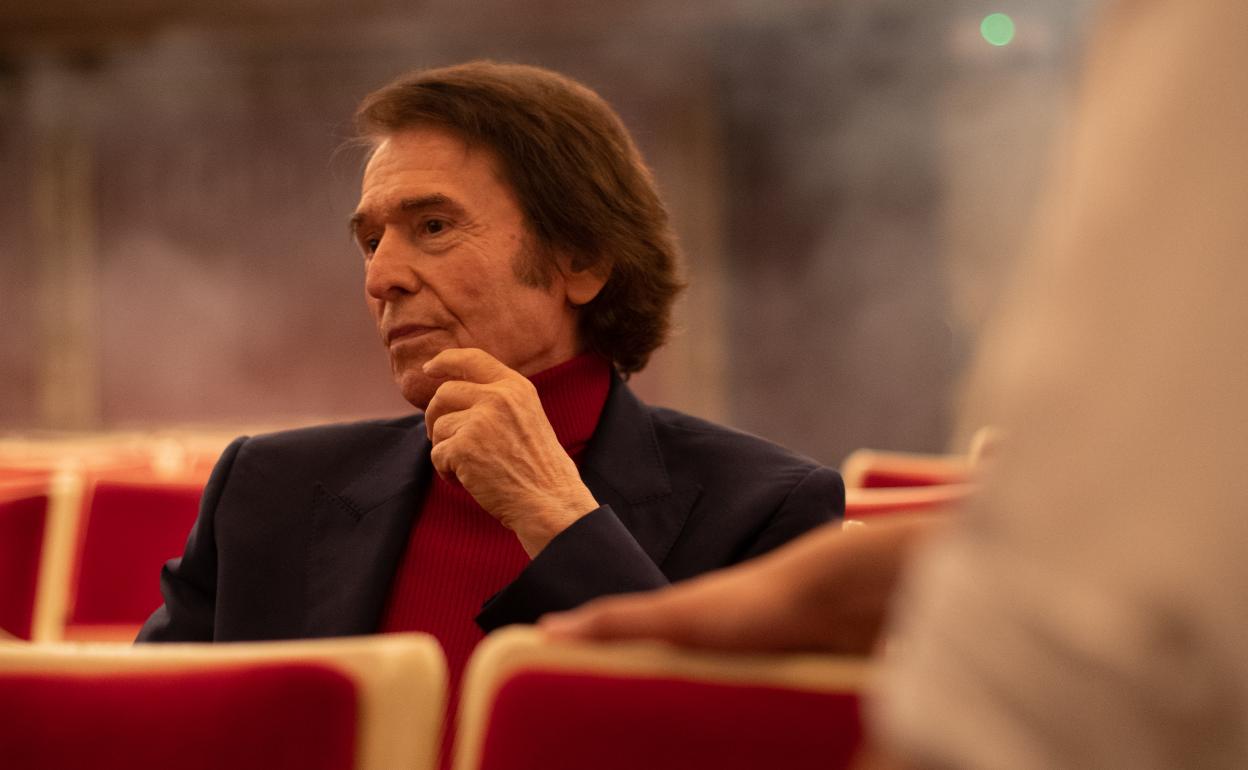 ‘Raphaelismo’, the Movistar + documentary series will be presented at the San Sebastián Festival

Raphael, with his more than 60 years of musical career, is one of the best known singers in our country. Raphaelism, an original Movistar + documentary series in which the singer himself has participated will premiere in 2022, but before will premiere at the 69th edition of the San Sebastián International Film Festival which will take place between September 17 and 25. A documentary series in which Raphael himself, his family and those close to him participate and tell us about this brilliant musical career.

The Gala Movistar + of the San Sebastián International Film Festival will take place on Sunday, September 19 at the Victoria Eugenia Theater, will feature the presence of Raphael himself and will preview an episode of the documentary series Raphaelismo.

The singer Raphael is an icon who, without changing his unique and personal style, has resisted the passage of time, fashions and criticism. A living legend of music with a 60-year career. The singer has spent most of his life on stage and has traveled the world from Latin America, passing through Russia.

The creators, directors and producers are Charlie Arnaiz and Alberto Ortega de Dadá Films & Entertainment, which have already been nominated for a Goya for the documentary on the figure of Francisco Umbral Anatomy of a Dandy (2020).

In the short teaser released by the streaming platform, the singer Raphael explains in front of the mirror of a large dressing room: “Throughout my career I have only had one direction, to keep going.” “I have never liked looking back because for me the past does not exist. Always thinking about tomorrow, looking for the warmth of the public ”, explains the singer as he walks towards the light of the stage. “But the time has come to go back and tell my life and mine … And show you who is the one who has been on stage for six decades”Announces Raphael.

Raphael himself, as we see in the teaser, has been directly involved in the documentary that consists of four episodes. This has allowed its creators access to a large, unpublished photographic and audiovisual archive, donated by the family itself. Raphaelissimo is the only documentary about the artist that has not only his participation, but also that of his wife, Natalia Figueroa, and their three children, Jacobo, Alejandra and Manuel Martos, who provide a much more intimate and human vision of the myth that we all know.

Raphaelism is an ambitious documentary series shot in locations such as Madrid, Barcelona, ​​Linares (Jaén), Tamajón and El Cubillo de Uceda (Guadalajara), Benidorm (Alicante), Mexico, Miami and Los Angeles. An original Movistar + documentary series in collaboration with Dadá Films & Entertainment and Universal Music Spain. We will have to wait until 2022 to see the first episode.