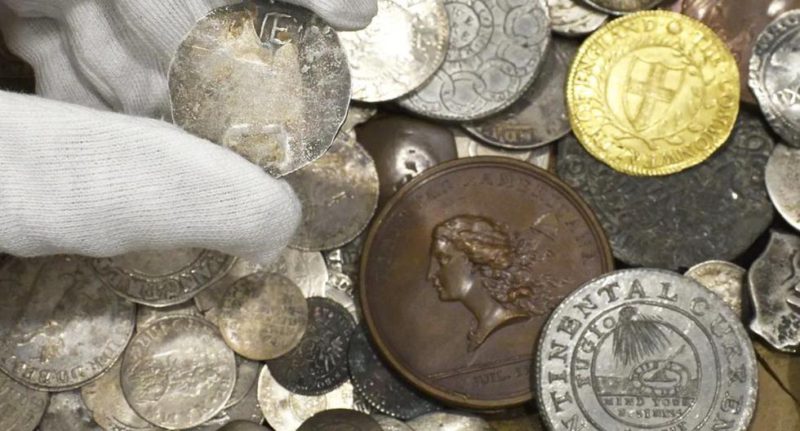 Can you imagine auctioning a colonial object worth a few pennies for a large amount of money today? That happened in London. An extraordinarily rare coin found in a box of candy sold at auction for $ 350,000. The history is viral and already toured the world of social networks where it was shared by thousands of people.

Minted in mid-17th century New England, a silver one shilling coin was sold to an anonymous online bidder in the United States. This piece is considered the best example of the 40 coins of this type that still exist.

“I am not surprised by the amount of interest this exceptional coin attracted. The price paid, which was above the estimate, reflects its extraordinary historical importance and its exceptional original state of preservation “, said James Morton, the coin specialist at auctioneer Morton & Eden Ltd.

According to James Morton, this shilling had a face value of just a few pennies when it was manufactured in 1652 (Boston) by John Hull “To be used as currency by the first settlers of the Massachusetts Bay Colony”.

Jim Bailey, a currency and metals expert from Warwick, Rhode Island, called it “A phenomenal discovery”. “The coin has a tremendous visual appeal since there are only about 40 pieces of this type, this specimen can be considered the finest known”added.

Meanwhile, the rudimentary design piece features the initials NE, for New England, on one side and the Roman numeral XII, representing 12 cents on a shilling, on the other side.

The coin was delivered to the auctioneer by Wentworth Beaumont, whose father found it inside a candy box in his study. Beaumont’s ancestor, William Wentworth, was among the earliest settlers in New England.