Ratchet & Clank: A Dimension Apart Will Have Digital Launch Event 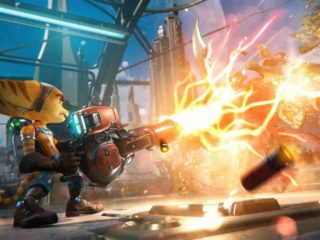 Sony Interactive Entertainment has announced the digital presentation event for Ratchet & Clank: A Dimension Apart, the new production from Insomniac Games, the creators of Marvel’s Spider-Man: Miles Morales and Sunset Overdrive, among many other works. The Japanese company has confirmed that the event will be held on Thursday June 10 at 9:30 p.m. (Spanish peninsular time).

In a press release, they promised that the presentation will be loaded with “surprises, raffles, gameplay and gifts.” They also report that they will have “Multiple renowned guests”, all in an event that can be followed through the official Twitch account from PlayStation Spain. Alba Horcajuelo and Rosdri, from the PlayStation Connection program, will be the masters of ceremonies for this evening.

Collaboration of ONCE and Fundación ONCE

In addition to all this, ONCE and Fundación ONCE will participate as collaborators. “The ONCE organization has been working for the inclusion and better quality of life of people with visual disabilities for more than 80 years, promoting the total integration of blind people and their access to culture and leisure,” explains Sony. For its part, the ONCE Foundation “aims at cooperation, solidarity and social inclusion of people with any other type of disability other than visual ”.

Sony studios have long placed a lot of emphasis on offering options for accessibility in your games. With The Last of Us Part 2, Naughty Dog even received awards for implementing these types of options. In the case of Ratchet & Clank: A Dimension Apart, an effort has also been made in this regard.

Ratchet & Clank: A Dimension Apart will be released next June 11 exclusively on PS5. Unlike other titles like Marvel’s Spider-Man: Miles Morales, Horizon Forbidden West, or God of War: Ragnarok (codename), this title has been designed with next-gen console hardware in mind, so it doesn’t there will be a version for PS4.