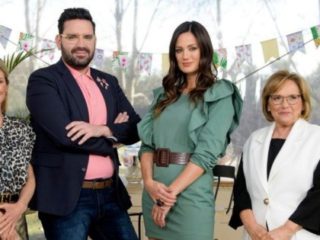 Yesterday began the third installment of the reality show that faces the best pastry chefs in the country for a prize of 1,500,000 pesos. A video served as an introduction for each of the fourteen participants in the important competition, which will run from Sunday to Thursday at 10:30 p.m. Everyone entered the show tent and took possession of their kitchens, visibly excited by this opportunity. Then, it was the turn of the show’s host to appear: Paula Chavez.


“Welcome to Bake OffI love seeing them happy and excited to start this huge challenge “said the model. “They will have to cook every day and the one who achieves it best will take an extra five minutes for the big test on Sunday. On that day, evaluating his performance in all the tests, one will be consecrated as the star pastry chef of the week, while that of worst performance will be left out “, were the first instructions.

Then it was the turn of the show’s grand jury: Damián Betular, Dolli Irigoyen and Pamela Villar. The first to speak was Betular, who stated: “We want each challenge to put their mark, their identity “. Then Dolli noted: “We want to see their souls and that they bring that to each of the preparations that they present to us.”

Paula Chavez He explained to the participants the challenge of the day: “On Monday we are going to let our imaginations fly, let them take us on a journey through colors”. in this way everyone had to prepare “A cake that represents that exact moment in which they are or were happy.” Pure creativity!

There was also time for excitement! In this case, for the memory of the former participant who managed to conquer the hearts of all the members of the show: Agustina Fontenla, who tragically lost his life to the COVID-19 virus and left a great void. Damien Betular he said some heartfelt words that were accompanied by the cry of all those present. The audience was moved by the memory of Agus.

+ Reactions to the premiere of Bake Off Argentina