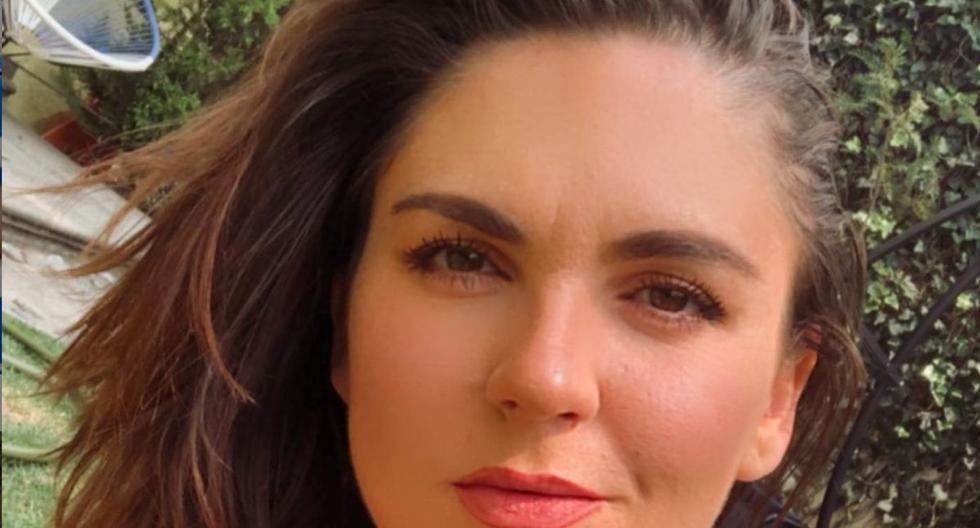 Rebelde: what Zoraida Gómez remembers most about her work with Angelique Boyer and Anahí

More than 15 years have passed since the end of “Rebel“, The Mexican adaptation of the Argentine telenovela”Rebelde Way”, And despite the time, he always keeps giving something to talk about. Zoraida Gómez, who played José Luján, commented on what she remembers most about her work with Angelique Boyer and Anahí.

The actress, who became a mother in September 2020, during a live broadcast on YouTube revealed previously unknown anecdotes from behind the scenes of the famous series. Find out what they are.

“Due to the success the novel did not last an hour, the novel lasted an hour and a half and there we did, so you can see, we did not sleep, that is, the calls were deadly, personal life of course there was no”Shared the Mexican actress, who became a mother in September 2020.

For Zoraida Gómez, there was a union between all the members of the cast, despite the fact that they had very different personalities, starting with Angelique Boyer.

“I remember that when they invited us to a party or a meeting or we wanted to go have fun, Angelique could not go because her mother would not let her do many things and we did not understand why, so she was very careful, her behavior was a behavior like a very mature woman ”, Gomez pointed out.

The actress, who has more than 1 million followers on Instagram, acknowledged that Angelique is “Of the most honest and true people” that he has known within the artistic milieu. “Angelique was like one of the smallest in the novel, so she was literally a very small girl, but with the mentality of a girl of 30”, he assured.

Zoraida Gómez, 36, recalled the time that Anahí avoided being fired from a soap opera in which they both work when she was just 9 years old. Gomez said that the exRBD came to her defense when the show’s producer was about to throw her out for being late.

“I will never forget that Anahí literally told him ‘if Zoraida leaves the program, I will go’. There, Anahí, I want you to know that she was 9 years old so that they understand her character because many people judged her and criticized her for ‘it’s that it’s unbearable, it’s that only she can tolerate herself and such’. No. She is simply a woman who knows what she wants, who defends her rights since she was little, then she saw an injustice and jumped “, shared the Mexican interpreter.

Zoraida Gómez is the remembered José Luján Landeros from the successful Mexican telenovela “Rebelde”. On September 9, she gave birth to her first child, the product of her relationship with Jorge Torres, her partner for more than four years. Sister of the actor Eleazar Gómez, with whom she also worked in “Rebelde”.

The actress began her professional career in 1994, when she was 9 years old, in the soap opera entitled “Imperio de cristal”. Then, in 1996, she appeared in the soap opera “Cañaveral de pasiones”, in which she played the character of Julia Santos as a child. In 2002 Zoraida, already as a teenager, decided to switch from Televisa to Televisión Azteca to make the soap operas “Agua y Aceite” and “Enamórate”.

In 2004 he returned to the television house to join the youth telenovela “Rebelde”. In 2007 she was part of the cast of “Lola, once upon a time”, giving life to “Rafaela”, a clumsy young woman abused by her mother. Between 2008 and 2009 she played the role of Liliana in “In the name of love”. In he worked in “Niña de mi corazón”, “Full of love”, “When I fall in love” and “The woman of the Gale”.