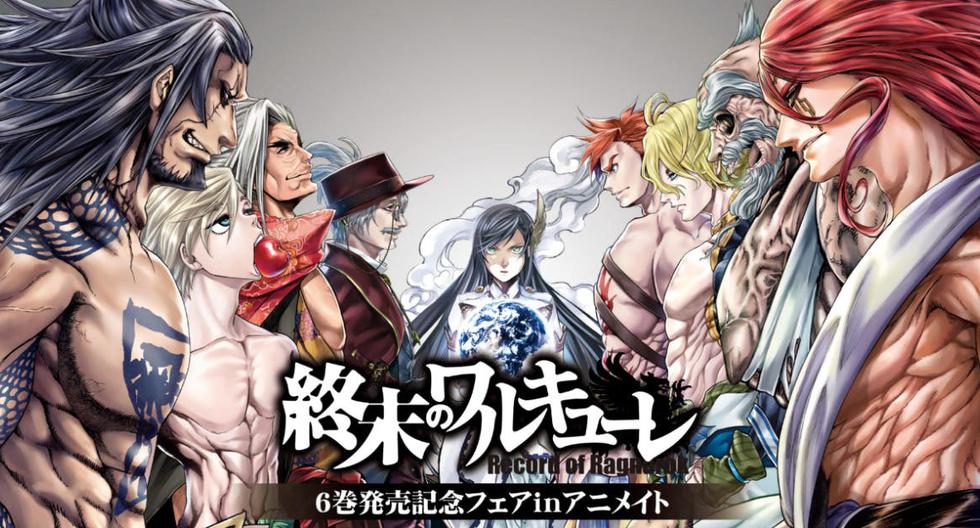 “Record of Ragnarok” will have season 2 on Netflix?

“Shūmatsu no Valkyrie”, also known as “Record of Ragnarok”, is the new anime developed by Netflix that is in the list of top 10 most viewed movies and series on the streaming platform.

The manga of “Shuumatsu No Valkyrie” It was written by Shinya Umemura and Takumi Fukui and illustrated by Chika Aji. It began its serialization in the Gekkan Comic Zenon magazine published by Tokuma Shoten in November 2017, being compiled into ten tankōbon volumes to date.

The premise of its adaptation is quite simple: a tournament of struggles between humans and deities from mythology and theology. “Before eradicating humanity from the world, the gods give people one last chance to prove that they are worthy of survival. Let the Ragnarok battles begin, ”reads the official Netflix synopsis.

While the first season of “Record of Ragnarok” premiered on June 17, 2021 on Netflix, users of the streaming service are already wondering if there will be a second installment. Here we tell you everything that is known so far.

Although Netflix has not yet indicated whether “Record of Ragnarok” will have a season 2, everything indicates that a continuation of fiction is possible. Considering that the manga is ongoing, there is a lot of story material left to adapt to the anime.

Another plus that “Record of Ragnarok” could see a makeover is the fact that it was a day before the series began to appear on various top ten lists on Netflix around the world.

Nor can it be ignored that the story of “Record of Ragnarok” is far from over, as the first season ended just before another epic fight could begin.

In the episode titled “And Ragnarok Will Keep Fighting” Brunhilda is seen in conversation with Hermes. It is at this time that the fourth fight is announced and the creation of a 19th century citadel is revealed.

As we have been told, the next representative of the human race Jack the Ripper, although humanity is not very happy that a serial killer represents them. In front of this terrifying character will be nothing less than one of the most recognized mythological beings: Hercules.

In short, at the end of season 1, the gods have a 2-1 advantage, in the first seven contests agreed in the conference. Thor won the first battle against Lu Bu and later in the second fight Zeus decides that he will enter the fight. Although it is worth noting that it was Shiva, who had to fight, only that the supreme god decided to take his place, on the condition that he owe him a favor. I mean, there is more history ahead.

At the moment, Netflix has not yet confirmed if “Record of Ragnarok” will have a second season, but it is a matter of time before the news is announced. If so, the second part of the anime could arrive in late 2021 or June 2022.