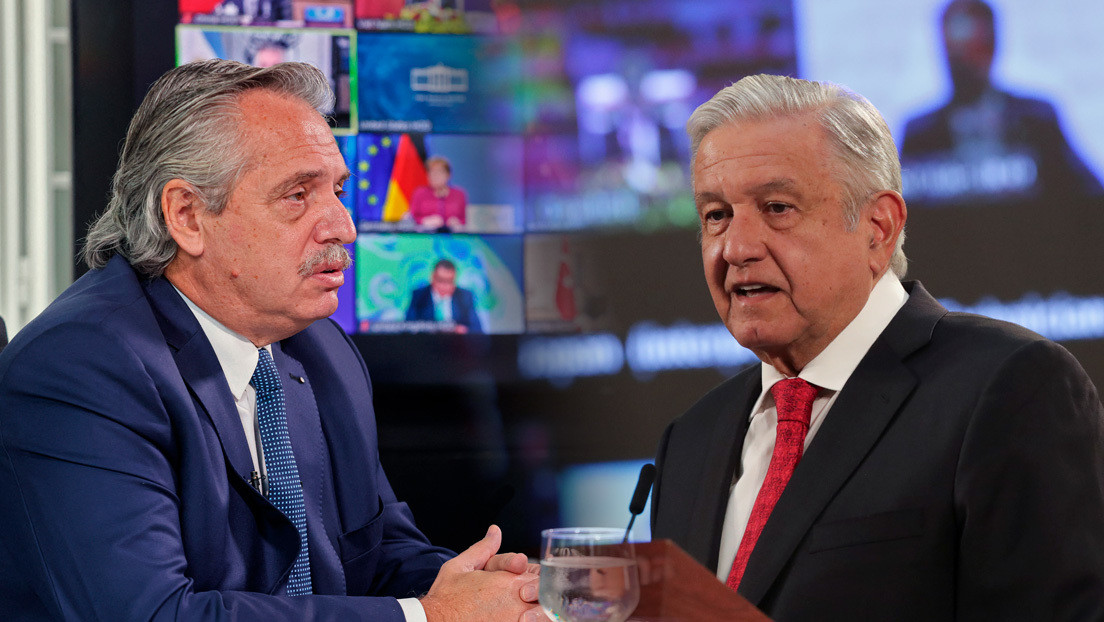 This Thursday began the Climate Summit, which this year will take place for only two days and virtually due to the coronavirus pandemic.

Among the leaders present on the first day, the presidents of Mexico, Andrés Manuel López Obrador; from Brazil, Jair Bolsonaro; from Chile, Sebastián Piñera; from Colombia, Iván Duque, and from Argentina, Alberto Fernández.

The event was convened by US President Joe Biden, who in his opening speech promised to reduce greenhouse gas emissions between 50 and 52% of your country by 2030, compared to 2005.

Fernández was the first from the Latin American region to intervene. The Argentine head of state presented the proposal to advance in a “renewal of the international financial architecture” that makes possible a “debt swap for climate action”.

OLIVOS – VIVO: President Alberto Fernández participates in a virtual way in the “Summit of Leaders on Climate” https://t.co/LJW9kKfBbc

While facing the economic and health crisis, he explained, his country must face the payment of the commitments assumed by the government of Mauricio Macri, who during his administration indebted the Nation for more than 54,000 million dollars.

He also noted that Argentina not only honors the goals of the Paris Agreement, but also calls for greater measures and efforts to reduce environmental pollution, including, for example, “an efficiency plan for transportation, industry and construction. ” and the criminalization of “illegal deforestation” practices as an environmental crime.

“The new generations are looking at us. The time of doubt is over; no one is saved alone. Let us go through a different time together, with social, financial and environmental justice,” said the Peronist leader.

In turn, the Brazilian president, Jair Bolsonaro, pledged before the international community to end illegal deforestation in your country by 2030, since, he estimated, to achieve that objective carbon dioxide emissions will be reduced by 40%.

“I determined that our climate neutrality be achieved in 2050, anticipating the previous commitment by 10 years,” he said, clarifying that to achieve it it will be necessary to overcome the previous challenge.

Bolsonaro admitted that it will be a “complex task” to end irregular logging, due to budgetary limitations, but even so he announced a “strengthening” of environmental bodies, “doubling resources” for crime surveillance actions in this area.

Known for his far-right positions, the president asked for a “fair remuneration” by developed countries to offset the “environmental services” that, he said, Brazil offers to the world, thus alluding to the contribution that the biomes (or areas that share climate, flora and fauna) of Brazil make to the planet.

His Government has been denounced by the international community for the fires and deforestation of the Brazilian Amazon, which between August 2019 and July 2020 devastated more than 11,000 square kilometers, the worst loss recorded in the last 10 years.

This week, a group of professionals made up of former ministers, sociologists, scientists, economists and university professors from Brazil sent an open letter to the Summit participants, in which they warned that Bolsonaro has not changed his environmental policy, despite his recent change of speech.

“Chile is willing to do its part. Although we are a small country, responsible for only 0.25% of the world’s total emissions, we are determined to have a significant and positive impact and to make a relevant contribution in our fight against climate change, “said Chilean President Sebastián Piñera in his speech.

He also urged all countries to establish a protection zone for the maritime resources of Antarctica and reiterated its commitment to achieve full decarbonization of the Chilean energy matrix by 2040.

According to Piñera, the geographical conditions and climate of the Chilean territory allow that Andean nation to generate renewable energies, such as solar and wind, in addition to advancing in the development of the green hydrogen industry to reduce greenhouse gas emissions. .

In turn, the Colombian head of state, Iván Duque, called those attending the summit who have not yet done so to sign the agreement of global leaders for the protection of nature. “There are already 84 countries in the world that have signed these 10 principles, we want this to spread,” he said.

Regarding the actions he will take to reduce global warming and pollution, Duque pointed out: “A country like Colombia represents 0.6% of greenhouse gas emissions Worldwide. However, it is among the 20 most vulnerable countries and most threatened by the effects of climate change. Faced with this reality, we have to act with courage, with determination, and act now. ”

The president agreed with the proposal of his Argentine counterpart, Alberto Fernández, regarding increasing environmental care actions in exchange for alleviating the demands of their financial commitments. “It is urgent that we have innovative mechanisms, where we can make debt swaps for effective climate protection,” he declared.

The president of Mexico, Andrés Manuel López Obrador, assured that his country will stop importing gasoline to avoid the excessive use of fuels.

“Although we have discovered three large hydrocarbon deposits, the oil that we are discovering will basically go to cover the demand for fuels of the Internal market and the practice of exporting crude oil and buying gasoline will end, “he said.

In this context, López Obrador alluded to the Ixachi, Quesqui and Dzimpona fields, located in the states of Veracruz and Tabasco, in the Mexican southeast, which have reserves of more than 1,500 million barrels of crude.

“In this way we will help to avoid the excessive use of fossil fuels”added.

A total of 40 heads of state or government were invited to the climate summit organized by Washington, including the Chinese president, Xi Jinping, and the Russian, Vladimir Putin.