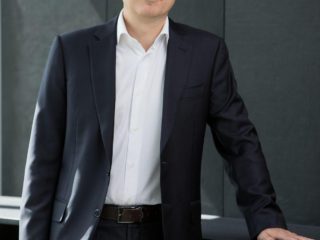 (Bloomberg) – Despite some Chilean politicians threatening to kill his business, one of Latin America’s largest fund managers remains firm in his optimistic vision for the country’s markets.

Ignacio Calle, CEO of Bogotá-based Sura Asset Management, which manages Chile’s third-largest private pension fund, argues that calls from opposition presidential candidates to dismantle the pension system are unlikely to reach to port. And investors have been too pessimistic about the country, he says, as there are many opportunities that are ready to be seized.

“We have a very positive vision of the future of Chile,” Calle said in an interview. “Conditions for foreign investors are good.”

It’s a surprisingly optimistic view of a country that was once considered the epitome of stability and good governance in Latin America, but has become more volatile amid a social crisis over inequality and poor public services. Recent markets have underperformed other developing nations in light of the prospect of a left-wing candidate for president, concern over a new Constitution, and after $ 49 billion in early pension withdrawals authorized as part of pandemic relief measures reduced account assets by at least 20%.

Investment banks are divided on how to interpret risks for the securities markets in Chile. Strategists at Bank of America Corp. and UBS Group AG reduced their exposure to the country’s equities, citing growing political uncertainty, while JPMorgan Chase & Co. remains neutral. Santiago-based LarrainVial said the market has already priced in Chile’s institutional fragility, while BTG Pactual is overweight as risks would be embedded in current valuations.

The benchmark S&P IPSA stock index has lost 6.9% in the past three months in dollar terms, one of the 10 worst performers in the world during that period. The peso has weakened 8% in three months, making it the worst performing currency among the 31 major currencies. Rates on peso-denominated bonds due 2030 have risen nearly 150 basis points since June.

Calle believes that much of the concern is exaggerated. Markets have continued to function in many countries despite social movements or left-wing governments, he points out.

And while several presidential candidates, including Gabriel Boric, the frontrunner for the November elections, have said they want to replace the country’s private pensions with a state system, Calle believes the idea will go nowhere. It would be practically impossible due to the heavy fiscal and tax burdens required for the state to assume responsibility, according to Calle.

“Many times the candidates are very aggressive during their electoral campaigns, but they tend to moderate their speeches once they reach the presidency,” he said.