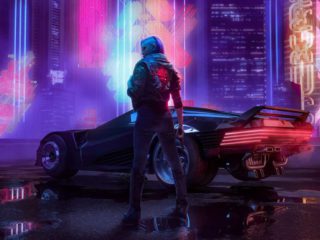 These are not being an easy 2021 months for CD Project, and is that the rugged launch of Cyberpunk 2077 It has caused a series of problems that has even caused the chair of the CEO of the Poles to wobble. What had to be one of the great games of recent times has ended up being the most controversial, to the point, completely unpublished, that Sony will remove it from the PS Store indefinitely. Jim Ryan, president of Sony Interactive Entertainment has addressed the issue in an interview, assuring that this withdrawal was “a tough decision.”

It was just a week after its launch that Sony made this decision after the poor performance of the version for consoles, in this case PlayStation 4, from Cyberpunk 2077, something that despite the latest patch, continues not to be perfect. From CD Projekt it was made clear that it was a decision made solely and exclusively by Sony, which means, in turn, that the return to the digital platform also depends on the Japanese company.

Ryan speaks for the first time

“It was a tough decision we had to make, but after all, we were acting in the interests of the PlayStation community, and we are not going to sell a game knowing that it could result in a bad experience for users,” explains Ryan, speaking. for the first time on the subject. So sat the Sony’s first precedent removing a video game from the PS Store because of its quality, the official version despite the rumors that placed CD Projekt accusing the Japanese that it was really because of their refusal to return the money for the copies sold in the store.

From CD Projekt they acknowledge that this fact has had a negative impact on sales, and that while they are in continuous conversations with Sony for this return to take place, Ryan assures that at the moment there is no date decided.

Meanwhile, Poles are still waiting for Sony’s approval for the return of Cyberpunk 2077 to the PS Store, knowing that there are “certain metrics” to take into account for this to happen. At the same time, from CD Projekt they have produced a graph showing how the crashes of the game have decreased, trying to show that the game is in an optimal state to be enjoyed, and also as a way to make it clear that it is also ready to return to. PS Store after six months.