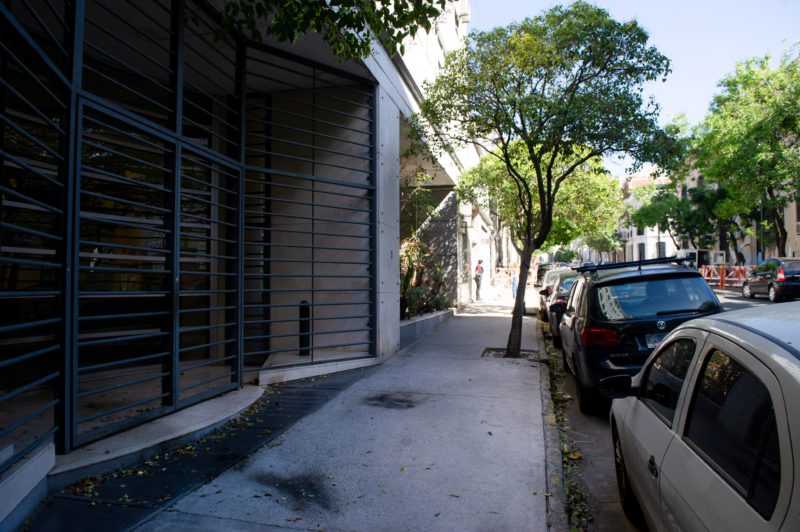 A group of hooded men, still unidentified, attacked the headquarters of Grupo Clarín, the largest media conglomerate in Argentina, on Monday night. The attack, which did not cause victims or material damage, has been repudiated by political leaders and journalistic entities, while Justice investigates what happened and looks for those responsible.

“Violence always alters democratic coexistence. We hope that the facts will be clarified and the perpetrators will be identified from the ongoing investigation, “Argentine President Alberto Fernández said on Twitter. “The attack on Clarín is a very serious attempt to intimidate the media and the entire press. An unacceptable fact that recalls the violent practices of the past. I repudiate the aggression and send my solidarity. That the Government and the Justice clarify what happened and arrest those responsible “, expressed in the same social network Fernández’s predecessor, Mauricio Macri.

The security cameras of the building, located in the Barracas neighborhood, recorded the moment in which nine people threw Molotov cocktails against the sidewalk and the door of one of the entrances in the middle, which was closed at the time. At this time, the Federal Police are following the track of the two motorcycles on which the attackers fled to the south and are looking to see if they had a support car, as published in the same medium.

“We regret and condemn this grave fact that, at first glance, appears as a violent expression of intolerance against a media outlet. And we await its urgent clarification and sanction, ”said Grupo Clarín through a statement.

Among those who repudiated the attack is also the Argentine vice president, Cristina Fernández de Kirchner, very critical of the newspaper, with a marked opposition profile, during the years in which she was head of state (2007-2015). “Democratic coexistence, which is severely affected by the promotion of hate speech, must be taken care of by all Argentines,” began the message of the Kirchnerist group La Cámpora shared by Fernández de Kirchner on Twitter.

It is not the first attack against a media outlet in Argentina in recent years. Last March, a gang (armed paralegal groups) entered the editorial office of the Río Negro newspaper, in the Patagonian town of Viedma. There were physical attacks against the staff, threats and damage to the building, but there were no arrests. In 2016, a group of 16 people entered the headquarters of the cooperative newspaper Tiempo Argentino and destroyed much of the newsroom, especially the journalistic archives and equipment. The open judicial investigation then continues to halt.