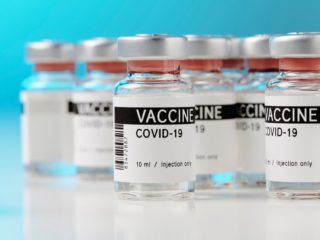 After the administration of COVID-19 vaccines based on vector viruses, early as well as late thromboses can occur. For the early events, the so-called Vaccine-induced immune thrombotic thrombocytopenia (VITT), there are already explanations for the late ones. Professor Dr. Rolf Marschalek from the Institute for Pharmaceutical Biology at the Goethe University in Frankfurt am Main and his group have now a possible solution Presents: Apparently the spike protein that the vector viruses generate can dissolve in the blood and trigger similar reactions here as with COVID-19 itself. Fortunately, there are biotechnological methods to remedy this – and at least one of the providers should also pay attention to this to have. Marschalek explains the details in the interview.

Professor Marschalek, you have discovered a possible trigger for the risk of thrombosis from vector virus vaccines against COVID-19. Due to uncontrolled splicing processes in the cell nucleus, it can happen that the spike protein production stimulated by the vector virus occurs incorrectly and freely soluble spike proteins arise that swim around in the bloodstream instead of anchoring on the cell wall as desired. In the worst case, the body reacts with blood clots. How did you come up with this hypothesis and how well is it already proven?

Last year, in cooperation with Frankfurt Virology, we cloned all of the SARS-CoV-2 genes and also expressed them in human cells. Our vectors that we used for this also go into the cell nucleus and integrate into the chromosomes there. The specific production of the various viral proteins was then carried out by adding an inducer, a small drug. Only in the rarest of cases were we able to detect the desired protein, because the desired information was also destroyed there by splicing the RNA. In the SARS-CoV-2 virus, an unwanted splice point is found statistically every 250 nucleotides.

We suspect that at least four different events must come together: autoantibodies against PF4, which can trigger what is known as thrombocytopenia (according to the Greinacher working group at the University of Rostock), impurities in the vaccine preparation that can lead to an inflammatory reaction (according to the Kochanek working group, Ulm University ) and the splice variants that produce soluble variants of the spike antigen (according to my research group). Fourth, we have only one guess: the lack of neutralizing antibodies; this can be due to certain combinations of major histocompatibility complexes, but it is very rare.

Was the splice problem foreseeable in any form during development?

Companies with experience in this area have taken this into account.

You call the problem a vaccine-induced COVID-19 mimicry in your preprint study. You have to explain that.

COVID-19 patients usually show hyperinflammation and very often die from multiple, thromboembolic events. This is triggered by the spike protein (on the surface of the viruses present in the blood). It leads to a regulation of ACE2, tissue inflammation, cell destruction and so on. All of this leads to massive inflammation. We do not currently know how much soluble spike can actually be detected in the blood serum, but we wanted to show the analogy to a SARS-CoV infection in the title.

Where is the risk of thrombosis greater, at AstraZeneca or Johnson & Johnson?

What specifically needs to be changed in the vaccine?

These few but important splice points can be eliminated through targeted point mutations. This is a trivial process for a molecular biology laboratory and this process is called “point-directed mutagenesis”.

Has there been any feedback from AstraZeneca?

There was an initial contact with AZ, and they want to support our further work by getting us patient sera – and providing us with contacts to other working groups that can help us to verify or falsify our hypotheses.

As a vaccinee, will you find out whether you can get the improved coded spike protein with a lower risk of thrombosis or does it simply flow into normal production and you don’t know?

If the vaccines are changed, they will have to be re-approved. Therefore, AstraZeneca will certainly use these changes in their new vaccine preparation to be launched for the mutated forms of SARS-CoV-2. For these small changes to the RBD domain, which can also be found in the mutants Alpha to Delta, some bases of the sequence must also be exchanged. It makes sense to change the splice points that have now been discovered.

You mentioned it briefly: Researchers at the University of Ulm recently had one larger amount of undesirable protein impurities in AstraZeneca’s vaccine discovered, including so-called heat shock proteins. Could these be related to thrombosis or cause other problems?

These contaminants arise from the manufacturing process in human HEK cells. And yes, they are possibly part of the mechanism – through the inflammatory response that ensues. Such contamination is one of the causes of the immediate vaccination side effects that many vaccinees experience immediately after vaccination. It is currently not clear whether they are also important for the thrombotic events that occur four to sixteen days later.

How can such contamination be avoided?

A higher degree of purity can be achieved through further purification processes.

mRNA vaccines, i.e. Moderna and Pfizer / Biontech, do not have the splice problem biologically, but there have been reports of rare myocarditis, among other things. Is it to be expected that there will still be unwanted vaccination reactions or long-term effects that we are not yet aware of? The technology is known to be very new.

Yes, this is a new phenomenon that has now emerged in the vaccination studies. So far, something like this was known from Coxsackie viruses or certain streptococci, which can trigger cardiac muscle inflammation or destruction. This is triggered by cross-reactive T cells in the situations mentioned. How it happens after vaccination against SARS-CoV-2 and whether the vaccination is really the trigger remains to be found out.

Vector virus-based vaccines have been in use a little longer than mRNA technology, but they are not old either. Did you get to market too quickly?

I really can’t judge that. Work has been going on on mRNA technology for more than 20 years, and on adenoviruses for just as long. I don’t think this is really a problem. Both systems are ideally suited for the production of vaccine preparations.

There are health professionals who would have preferred to wait for traditional protein-based vaccines; these are also in development. Will they look worse?

The production of a recombinant protein, a so-called split vaccine, also has advantages and disadvantages. It is defined, but depending on the production (E. coli or CHO cells), important sugar molecules may be missing from the protein. In addition, such split vaccines usually have to be adjuvanted. Adjuvants are supposed to cause local inflammation in order to “wake up” the immune system so that it can start working. Certain adjuvants have also led to discussions in the past as to whether they are responsible for vaccine reactions. Such additives are not present in current vaccine preparations.