Restrictions, gap and inflation: the keys to a week in which the blue dollar hit a new high for the year 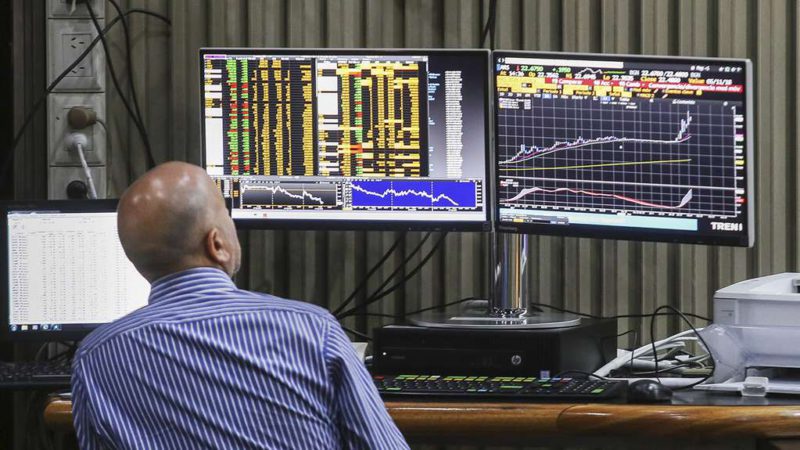 Market reaction to new obstacles to counted with clearance Do not be late. The “Senebi” dollar took center stage and a new gap appeared in the financial prices of the exchange rate. In addition, the blue closed at values ​​that it had not touched since the end of October last year. Thus, the week ended in a turbulent zone, far from the Government’s intentions.

The news came out on Saturday, in full advance of the Copa América final that consecrated the Argentine team. On Monday it was confirmed. As published TN.com.ar, the battery of measures included quotas to buy cash with liquidation, modifications in the terms of holding the bonds and restrictions on companies that tried to operate in the official exchange market at the same time as they turned foreign currency through the sale of public titles.

// How far the dollar can go after the elections: the experts’ forecasts

On Monday, once the market opened, the impact began to be felt. And it lasted throughout the week. The dollar blue rose five pesos and it was the main exchange pressure thermometer. On Friday it reached $ 179 and stretched the gap with the official wholesale dollar to 86%. Thus, the price remained at the highest value since October 2020, although with a fundamental difference: at that time, the value of the parallel banknote was in decline, after touching a peak of $ 195; now instead the price has an upward trend. Analysts believe that current values ​​will be a new bottom, as uncertainty will increase as the elections approach.

At the opposite extreme, the new restrictions combined with official operations in that market, They limited the movement of the financial exchange rate, as the Government wanted. Cash with settlement ended down $ 1.10 for the week and closed at $ 166.16. For its part, the stock market dollar, which was not affected by the new measures, lost 92 cents and ended on Friday at $ 165.50. However, in the cash market with more free liqui (either the Senebi dollar or the exchange rate implicit in shares listed in Argentina and abroad) prices were closer to $ 175 with a gap of 81%.

The positive news of the week was that central bank took advantage of the reinforced stocks to increase the rate of purchase of Bookings and it has already taken more than US $ 900 million so far in July. “The BCRA accumulated about US $ 200 million on Monday and closed Tuesday with about US $ 210 million in its favor. Although the pace was decreasing towards the end of the week, ended up accumulating a total of US $ 529 million these last five wheels. Thus, purchases in July now reach a daily average of US $ 82 million. A figure that far exceeds the daily average for June ”, highlighted Portfolio Personal Inversiones.

On the second half of the week, the inflation data for June was released, which stood at 3.2%. It was the lowest data since October and the indicator managed to string together three monthly losses. Nevertheless, prices accumulate a rise of more than 50% in the last 12 months.

Inflation data is still high and analysts believe it will continue to rise during the second half, as the government plans to expand spending. Therefore, the publication of last month’s figure generated hikes in securities that cover investors of the rise in prices. “Medium and long CER bonds performed the best, advancing between 2% and 3.5% in the week,” said Balanz. For its part, also increased demand for fixed rate bonds in pesos and some of them, such as TO23 and TO26, climbed 3% on average.

On the dollar debt curve, bonds also closed with gains. The Global ones with the longest terms (2038 and 2041) stood out, jumping more than 3%. Consequently, the risk country dropped 25 points and ended the week at 1,587 units. “Sovereign bonds in dollars closed the week with a good performance in general lines. The improvement occurred in the midst of a more favorable external scenario. The emerging markets benefited due to the drop in long rates in the United States and Argentine bonds managed to join the trend this time. Some news regarding the negotiations with the IMF also helped ”, they analyzed in Portfolio Personal Inversiones.

On the side of the Actions, the week brought little news. The S&P Merval index of the local market advanced 1.1% in pesos, with increases that reached over 7% in the week for stocks such as Loma Negra and Transener. At the international level, Argentine stocks that are listed abroad closed with a majority of drops of between 2.5% and 7%.