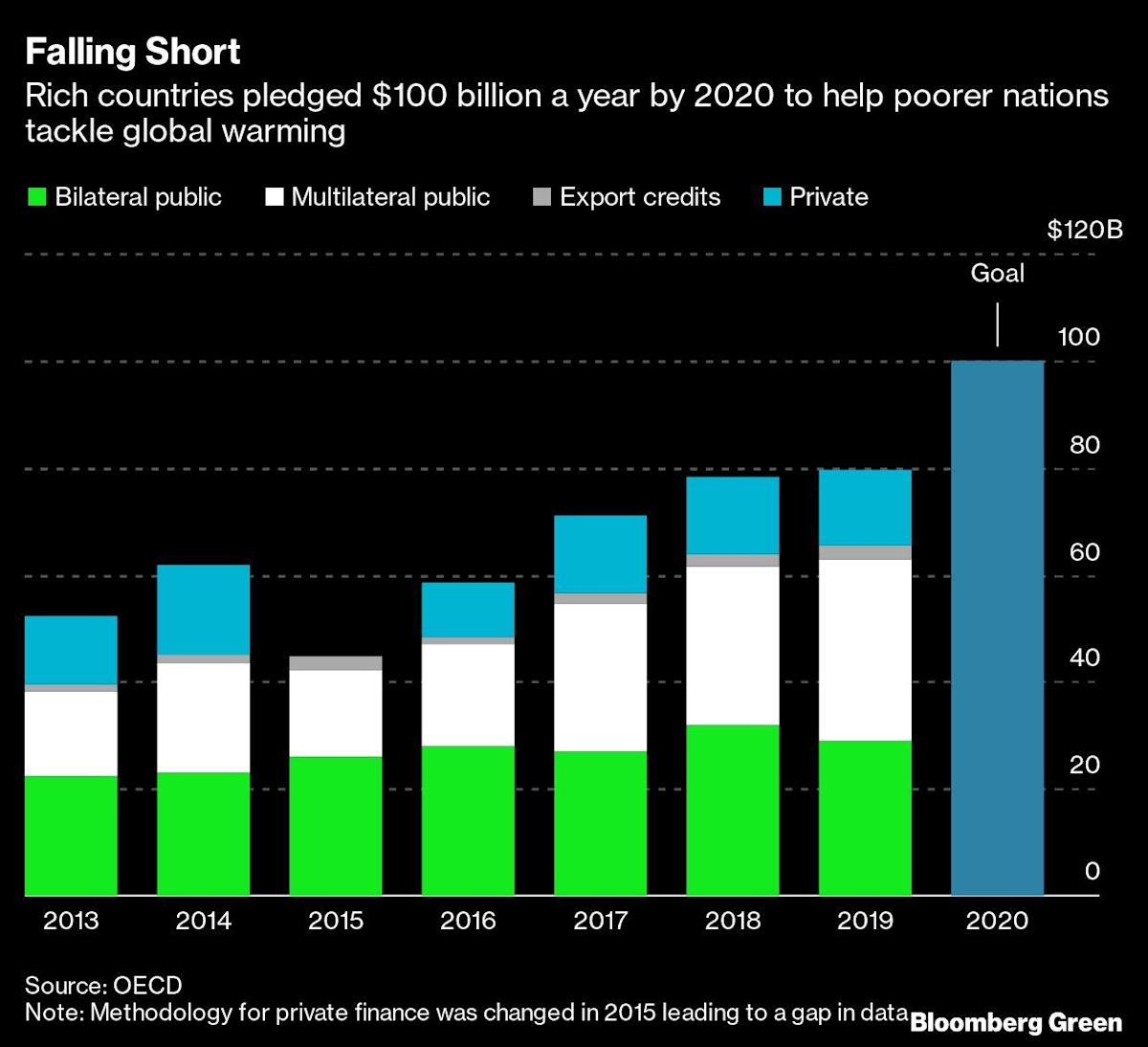 (Bloomberg) – According to a new report, the commitment of developed countries to provide $ 100 billion in annual financing is unlikely to be met, even five years past the target. The promises were made more than a decade ago and are seen as key to unlocking the upcoming climate talks.

This threatens not only the success of the United Nations climate talks in Glasgow that will begin in weeks, but also the goal of limiting global warming to 1.5 ° C that is part of the Paris Agreement, Oxfam International said in A study.

“Rich nations must fulfill the promise they made 12 years ago and put their money where their mouth is,” said Nafkote Dabi, Oxfam’s global climate policy leader. “It is clearly a question of political will.”

Last week’s OECD data showed that the pace of the boost to finance slowed further in 2019, with growth of just 2% to $ 79.6 billion from 2018. No data was available for 2020, when it was due. the $ 100 billion annuity, but the economic damage caused by the pandemic means that goal has likely not been met.

Developing nations say financing is key so they can commit to further emissions cuts. While US climate envoy John Kerry has been touring the world in recent weeks, including China and India, seeking to garner enough support to make COP26 that begins on October 31 a success, the financial crisis could become an obstacle.

Oxfam also raised concerns about how funding will be disbursed to developing countries. More than two-thirds will be granted in the form of loans, which would further indebt countries.

The US is considered to have the largest funding shortfall, in part because former President Donald Trump removed the world’s richest polluter from the Paris agreement. Oxfam said France, Australia and Japan have failed to increase their funding for the poorest nations.