Riders Republic Confirms its Release Date and Closed Beta; how to register 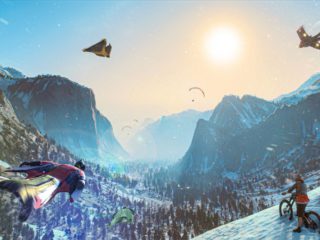 Riders Republic finally has a release date. It was during the Ubisoft Forward when the company has shown a new official trailer, where it has been confirmed that this multiplayer racing game will go on sale next September 2. The title hits stores after a delay of several months, as it was initially scheduled for February 2021.

The new production of Ubisoft Annecy It invites us to participate in massive races, complex challenges and various modalities that will require us to master some extreme sports such as snowboarding or the most dangerous cycling, but also the art of flying with the winged suit. Explore the most beautiful North American parks and build your career with the different sponsored to reach the top.

Riders Republic works like an MMO within a gigantic open world. Players will be able to meet within an interactive space as a hub, where they will have the opportunity to visit different places to meet other users. It is in this area where the customization options are deployed, since the game has been designed so that the player can freely design their pilot. Choose its appearance and equipment, which also has different upgrades and attributes.

Ubisoft has revealed that Riders Republic will have closed beta. The French company has opened the registration phase so that anyone who wants to try the game has the option to do so before the official launch. If you want to register, just go to this link and fill in the required data.

Riders Repulic will go on sale September 2 at Xbox One, Xbox Series X, Xbox Series S, PS4, PS5, PC y Google Stadia. In the new generation it will work at 60 fps, but it will not be the only change: the mass races will be of more than 50 simultaneous players instead of more than 20 in the old machines.