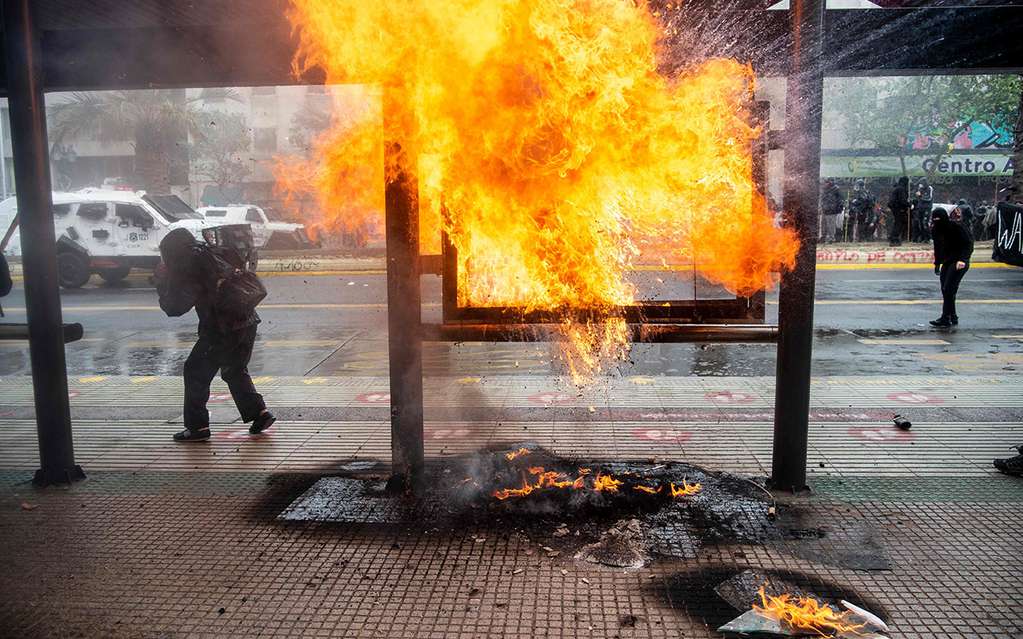 Riots in the center of Santiago de Chile during a Mapuche march: there are 10 detainees and 18 injured

While in the Argentina there are reports of land seizures and attacks attributed to Mapuche groups in Patagonia, in Chile A mobilization in favor of the struggle of that original people ended with serious disturbances in the center of Santiago. According to official reports, there were at least 10 arrested and 18 injured.

The “March for Mapuche resistance and autonomy of the peoples”, Convened through social networks, brought together about a thousand people near Plaza Italia, in the center of the Chilean capital.

Many of the attendees wore traditional attire, such as ponchos, the trarilonco (characteristic headband) on the head and the Mapuche flag.

How were the riots during the Mapuche march

The march was moving towards Alameda avenue, the main avenue in Santiago, when the Chilean Police dispersed the protest with a strong contingent of troops supported with water and gas launchers.

The protesters responded with sticks and stones, according to AFP. The clashes lasted at least forty minutes.

The Police reported on Twitter that a woman was injured “by fireworks” and 17 Carabineros were “injured of varying degrees. In addition, there were 9 detainees for disorders and 1 for carrying a firearm.

During the march, posters with legends such as “Wallmapu (Mapuche territory) free ”or“ they will not stop our legitimate struggle ”.

It is an allusion to the historical conflict that the Mapuche people have with the Chilean State, which they demand the restitution of lands in the south of the country that they consider their own by ancestral right and that were handed over to private groups, mainly foresters.

Mapuche representation in the Constituent Convention

The Mapuche territorial claim and the need for recognition by the Chilean State gained strength in popular protests after the social outbreak of October 18, 2019 in Chile.

The Constituent Convention -which marks 100 days on Tuesday since it began its work to draft a new Constitution to replace the one inherited from the Augusto Pinochet dictatorship- is chaired by the Mapuche academic Elisa Loncon and 17 of its 155 members are representatives of 10 indigenous peoples.

Seven constituents represent the Mapuche people. The lack of a solution to their claims has led to an escalation of violence in the last decade in the southern regions of La Araucanía, Biobío and Los Ríos, with arson attacks on private properties and trucks.

The presence of drug trafficking and self-defense organizations was also denounced, as well as police operations allegedly mounted to incriminate the indigenous people.