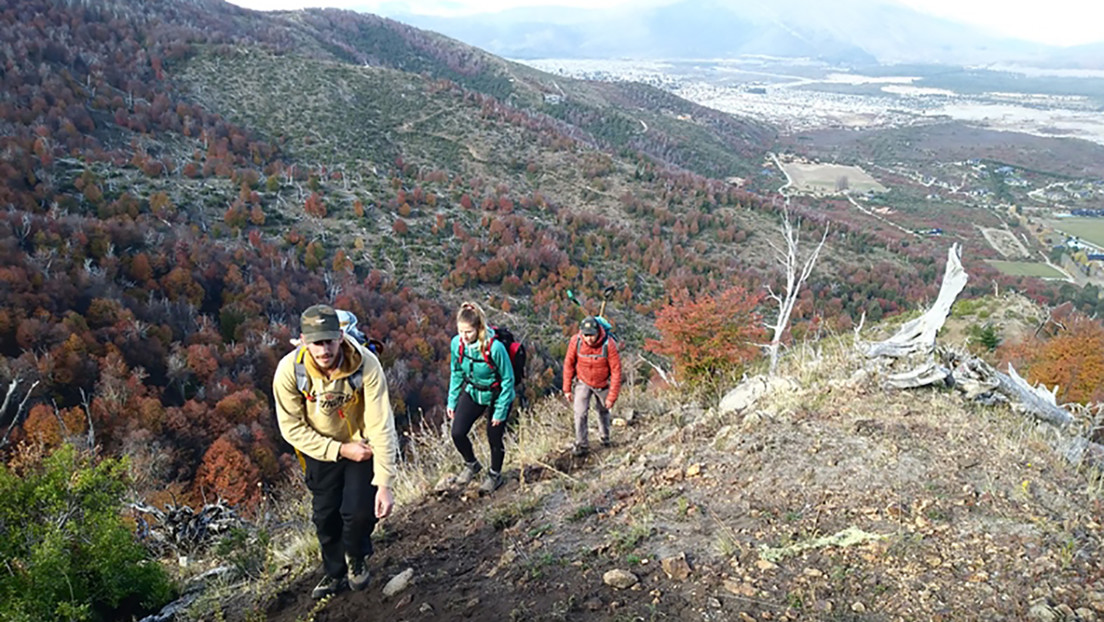 Rising from the ashes: the arduous (and silent) task of reforesting the burned forests of southern Argentina

Argentine Patagonia, a southern region characterized by its mountains, lakes and dry climate, often suffers from fires that impact the environment and also the cities and towns in the area. If the affected hectares are counted from the beginning of the year to the end of June in the provinces of Chubut (16,919), Neuquén (1,245), Río Negro (19,920) and Santa Cruz (2,233), there was a total of 40.317, according to him Ministry of Environment. This, considering that in jurisdictions such as Tierra del Fuego the Executive does not have official data.

With this framework, some public entities and volunteer citizens intend to reforest the forests in those places where only ash and burned nature remained. Indeed, the National Institute of Agricultural Technology (INTA) developed tasks of implantation in the Otto hill, of the city of Bariloche, an iconic tourist destination to contemplate beautiful landscapes, ride a bicycle, go hiking and skiing in winter seasons.

These activities were carried out in four stages since 2018, and so far they have been placed 11,500 tree seedlings in an area of ​​24 hectares. The last deployment took place in May, with the help of the NGO Circuito Verde and 70 people who came to collaborate, in areas of the hill damaged by fires that occurred in 1995 and 2013.

For its part, INTA was forced to look for volunteers and pay for the work with its own funds because since 2019 the national State stopped providing additional financing for forest restoration. In fact, this project was planned to last three years, but only received the budget for the first, limiting the tasks.

Mario Pastorino, researcher in the INTA forestry area, explains that degraded forests can regenerate passively, that is, naturally. However, when this does not occur, a active intervention: “In these cases it is necessary for man to ensure the regeneration of the ecosystem, planting the main trees,” he says. The expert points out that placing these components is essential for the reappearance of other characteristic living beings, “such as herbs, shrubs, birds and insects”, and everything that makes up a wild environment.

In the case of Cerro Otto, the lengas forest –a type of oak– did not manage to rebuild itself, and that is why the participants got down to work. Likewise, the environmental mission is not suitable for the anxious, since you have to wait a long time to see results: “Here in Patagonia the growth rates are slow, because the climate is cold. ten years having done the planting, we hope that one will walk by and see a young forest, with two-meter trees, “says Pastorino.

Now, the damage is still visible: “There is like a hole of several hectares that were burned, it is a pasture. The trees are still charred, which remained standing “, describes the interviewee.

With this scenario, another concern for experts is spreading myths, for example, that after a fire nature would grow with more vitality. In truth, it is a simple visual effect.

With this scenario, another concern for experts is spreading myths, for example, that after a fire nature would grow with more vitality. In truth, it is a simple visual effect, favored by the appearance of flowers and grass. “One sees the forest in a static way. It seems that all the time it is the same, but it is always growing”, he introduces. And he clarifies: “When there is a drastic change, with a fire that burns everything, in a short time we see that pioneer species begin to recolonize, which are characterized by having a very rapid initial growth,” he clarifies.

Can you reforest on a large scale?

In addition to the slowness in the restoration processes, the budget cut and the high costs of reforestation, another challenge is added: “You have to elaborate the plants, the basic input. This is a very important bottleneck in the Patagonian area, why they are seedlings of native species and there is very little production in regional nurseries “, laments the engineer.

It is that, among the main obstacles, is the lack of seeds, since there is no market for these types of seeds. “We have to harvest them in the forest, but some species do not produce every year,” says Pastorino. And he adds: “They are not the typical ornamental -decorative- or home plants. They are small, rustic seedlings, with very good roots, because they have to endure alone, without us watering them.”

Anyway, the connoisseur believes that a large-scale reforestation is possible in Argentina: “It is possible, if the continuity of the work and the financing is guaranteed. This allows us to project, and take advantage of the years of good seedlings, to accumulate seeds. and produce plants in quantity. ” However, the present is very different, and today everything is paralyzed: “In May we use the entire stock of plants that we had available, 1,500 lengas. We should produce more, “he remarks.

For Pastorino, the key is to stop looking for solutions for the next year, and start designing long-term answers. Something that, a priori, goes against the Argentine tradition.