Home
Entertainment
Rockstar delays the release date of GTA: The Trilogy in physical format and offers different dates for each platform

Rockstar delays the release date of GTA: The Trilogy in physical format and offers different dates for each platform 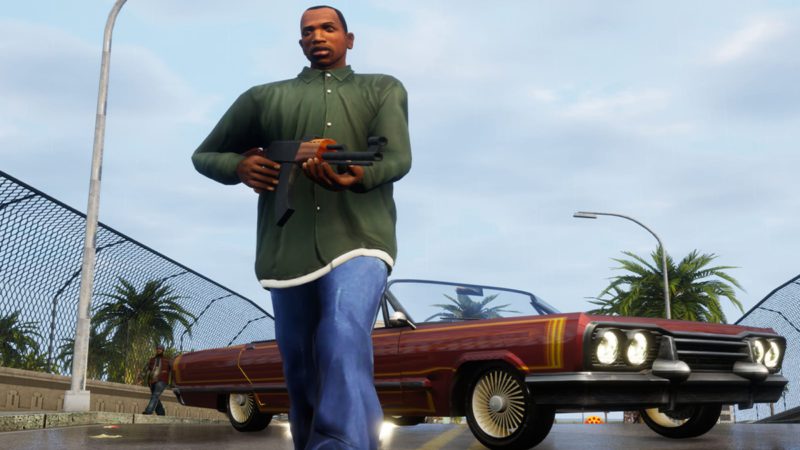 Rockstar has delayed the physical release of Grand Theft Auto: The Trilogy on Xbox One, Xbox Series X, PlayStation 4, and Nintendo Switch.

As the studio has shared on Twitter, the physical release of Grand Theft Auto: The Trilogy is delayed to several different dates. While this change means that The game will launch on the Xbox One, Xbox Series X / S and PS4 consoles on December 17 (a delay of ten days), On Nintendo Switch it will be less luck, as it will not be physically available until early 2022.

The delay of the physical versions of the game occurs after A turbulent digital release of the iconic trio’s remasters. Following its release, fans who went for the three games included in the remastered pack (GTA 3, Vice City and San Andreas) have reported several issues, including serious bugs with the launch of the game on PC, as well as a torrent of visual defects and performance issues on various platforms.

We already showed our disappointment with this new trio in a dedicated article.

Since the title’s initial release, Rockstar has released updates for all three games, fixing some of the more prominent issues, such as the infamous remasters rain effect, a series of typos detected by players throughout the three games. and texture corruption in San Andreas. In addition to the game’s first major patch, Rockstar has also apologized to fans on their website for the status of the game’s release..

“First of all, we want to sincerely apologize to everyone who has had problems playing these games.“Reads the company’s statement.

“The Grand Theft Auto saga – and the games that make up this iconic trilogy – are as special to us as we know they are to fans around the world. Updated versions of these classic games were not released in a state that met our own quality standards, nor the standards that our fans expect“the statement continues before discussing their plans to fix the problems with the games.

If you want to know more about GTA: The Trilogy, be sure to check out this article which details fans’ responses to various updates since its launch.