What is the explanation for “Rogers The Musical” from the Avengers? The first chapter of “Hawkeye”, the new Disney Plus series about the Marvel Cinematic Universe (MCU), has been well received by specialized critics and the general public, because it not only delivers another type of style with the character’s story starring Jeremy Renner, but also includes Kate Bishop (Hailee Steinfeld), a hot new character.

MORE INFORMATION: “Hawkeye”, easter eggs and references to the Avengers in the first two chapters

Of course, with each new MCU material, the questions, theories, and other aspects that fans meticulously observe come up. The references, of course, are the most significant brand of this type of international productions.

For this reason, the recently released series about Hawkeye does not escape this, especially due to the inclusion of the musical dedicated to Steve Rogers, Captain America, and the Avengers, which Clint Barton attends in New York with his children, two years after the events of “Avengers: Endgame.”

The Broadway staging has been created by Marc Shaiman and Scott Wittman, two great names in the theater who have already shone with “The Return of Mary Poppins”, “Hairspray”, among others. But this piece has much more to tell by the explanation behind its appearance in “Hawkeye.” 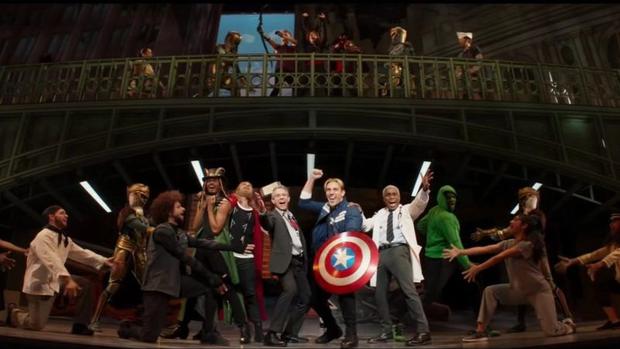 The Avengers musical in “Hawkeye” (Photo: Disney Plus)

WHAT IS KNOWN ABOUT THE EXPLANATION OF “ROGERS THE MUSICAL” IN “HAWKEYE”?

“Rogers The Musical,” featured in “Hakweye,” the new MCU series on Disney Plus, has a number of references not only to Avengers, but also to “Hamilton,” the musical that focuses on one of the founders of United United. The first analogy that is found, both in the posters of both pieces, are evident, as in the posters and in the scenography.

Both, in addition, are focused on two figures who were fundamental for the formation of the United States in its different universes, of course. Jonathan Igla, one of the creators of the new production, said that it occurred to him to mix the references of both productions when he saw a billboard for “Hamilton” from his car.

While “Rogers The Musical” has a series of references about how The Avengers saved New York and how they were also blamed for the destruction of said city. Although it focuses on the figure of Steve Rogers, Captain America, it also brings a lot of notoriety to Ant-Man, Hulk, among other MCU characters. 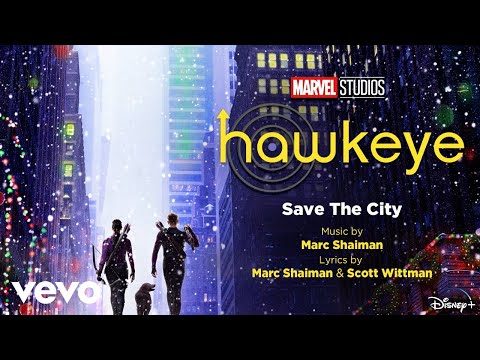 WHO IS KATE BISHOP?

In the Disney Plus series, Kate Bishop is a young woman from a wealthy family who becomes a fan of Clint Barton, so she sets out to be another hero with a bow and arrow, first adopting the identity of Ronin and then fighting alongside him. against a criminal plot.

Katherine Elizabeth Bishop, created by writer Allan Heinberg and artist Jim Cheung, appeared in Marvel comics in “Young Avengers” # 1 (April 2005). She is the third character and the first woman to take the name Hawkeye, after Clint Barton from the Avengers and Wyatt McDonald from the Supreme Squad.

Following her mother’s death and her father’s crimes, Kate Bishop rejected family wealth and followed in Clint Barton’s footsteps when he was believed to be dead. When he was part of the Young Avengers he won the approval of Captain America himself.

After Clint’s return, Kate joins him, moves to Los Angeles and operates as an unlicensed private investigator and a hero for hire. Sometimes the connection between them is complicated, but they always reconcile because she regards Clint as her family.

Among his main allies are his past teammates: Iron Lad, Hulkling, Wiccan, Speed, Miss America, Patriot, Prodigy, Stature, Vision, Noh-Varr, and Loki. Additionally, Kate has become romantically involved with Patriot and Noh-Varr while sharing a less serious connection with Speed.

According to Marvel information, Maya López was a child when her father Willie ‘Crazy Horse’ Lincoln was assassinated by his partner Kingpin. Before dying, he left a bloodprint on his daughter’s face and asked Fisk to raise her. When the latter believes that the little girl has a mental disability, he sends her to a school for people with learning disabilities.

However, Maya is able to fully replicate a song on the piano and is transferred to a school for prodigies and becomes a talented woman. Visiting her father’s grave with Fisk, Fisk tells her that it was Daredevil who murdered Willie, so she goes after him.

Later, Maya fell in love with Matt Murdock and took on the Echo appearance for Daredevil, unaware that her boyfriend and her enemy were the same person. In fact, he was about to kill him, but after discovering his identity and the Kingpin’s lies, he confronted his father’s partner and shot him in the face.

After all that, Maya Lopez fled the United States. When he returned, he looked for Matt Murdock, but he was already with a blind woman named Milla Donovan. To find peace, she turned to the Boss, her father’s old friend, who sent her on a Vision Quest to calm her soul, so Echo met Wolverine and made peace with his past.

Read Also   Why is Shang-Chi wearing Air Jordans sneakers? Marvel reveals the mystery and has its own story

On Daredevil’s recommendation, Maya joined the Avengers as Ronin and was instrumental in defeating Hydra, the Hand, and Madame Hydra. 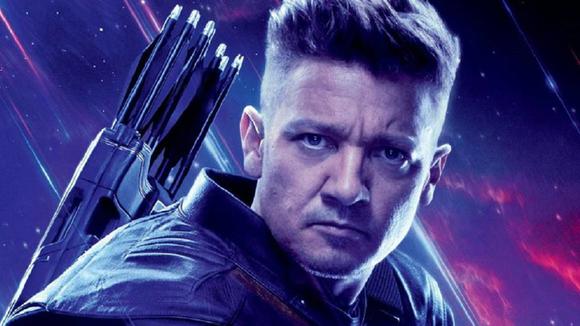 Trailer for “Hawkeye”, Disney Plus and Marvel series