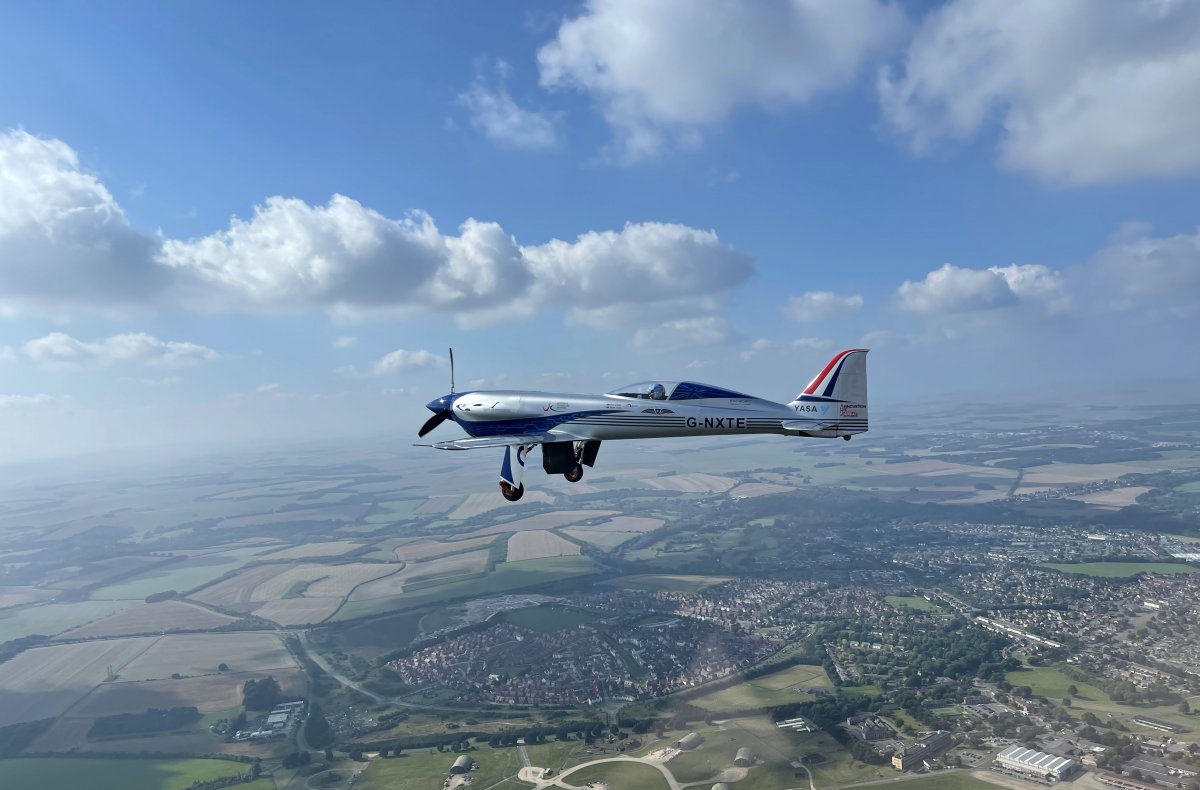 Rolls-Royce has launched the fully electric sports aircraft called “Sprit of Innovation”, which is powered by a 400 kW electric motor and the energy for it comes from what it claims to be the “most powerful battery” ever for an aircraft was built. The company did not provide any further information. Rolls-Royce plans to set a speed record with the electric aircraft. According to Rolls-Royce, the “Spirit of Innovation” can fly more than 480 kilometers per hour.

However, during the 15-minute maiden flight, which began at the Department of Defense’s UK military aircraft test site in Boscombe Town, the aircraft did not reach its top speed. Rather, it was initially about testing the general airworthiness and thus taking a first step for Rolls-Royce in the decarbonization of air traffic with an electric aircraft. writes Rolls-Royce.

Rolls-Royce launched the ACCEL program in 2019. ACCEL stands for Accelerating the Electrification of Flight, i.e. for promoting the electrification of air traffic. The basis for the single-engine aircraft “Spirit of Innovation” is a modified fuselage of the Sharp Nemesis NXT racing aircraft, in which the Rolls-Royce engineers implanted the 400 kW electric motor. The aircraft is designed for one pilot and about 7 meters long. The span is 7.3 meters. The ACCLE team wants to start an intensive flight test phase with the first flight, as they say. The aim is to collect performance data on the aircraft’s electrical energy and propulsion system.

According to Rolls-Royce, the manufacturer works with two important partners: YASA provides the motor and control electronics, and the British aerospace company Electroflight provides the battery system.

Half of the funding for the Rolls-Royce electric aircraft project is provided by the Aerospace Technology Institute (ATI) together with the Department for Business, Energy & Industrial Strategy. After the successful maiden flight and further tests, the speed record attempt will then take place. However, the company does not give an exact date.