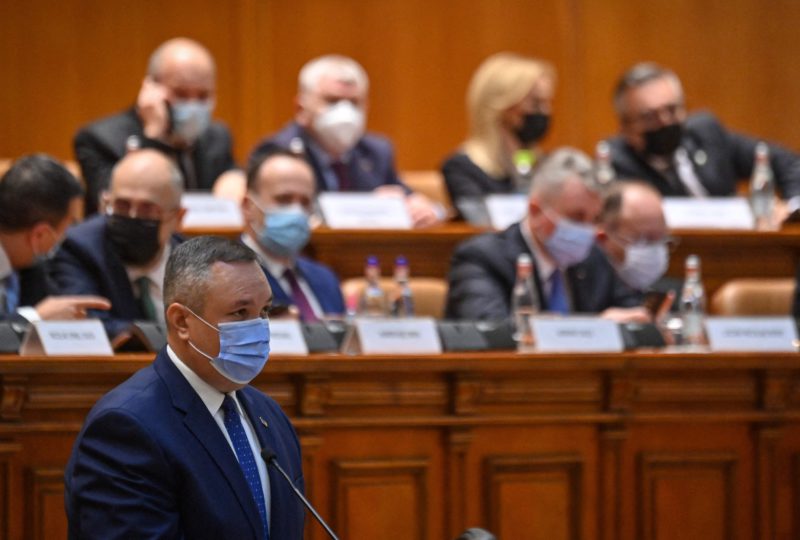 The National Liberal Party (PNL) and the Social Democratic Party (PSD) will govern Romania after obtaining the green light from the Romanian parliament this Thursday with the support of 318 deputies and senators of the total of 466 that make up both hemicycles. In addition to the support of the Hungarian minority, liberals and social democrats have the support of the president, the conservative Klaus Iohannis, for their coalition, which is reminiscent of the National Salvation Front (FSN), the unity government that led the country after the end of the communist dictatorship. Later converted into a homonymous party, the FSN constitutes the origin of the two great political formations that have now joined forces to govern. His coalition will gravitate to a government agreement focused on facing the challenge of the double crisis that the country suffers: health and economic. Romania is the country in the European Union with the most deaths per million inhabitants from covid-19.

The hitherto Minister of Defense, the liberal Nicolae Ciuca -a former general of the Romanian Army- will serve as Prime Minister of the new Executive made up of nine Social Democratic ministers, eight Liberals and three of the minority partner of the coalition, the Democratic Union of Magyars. of Romania (UDMR), representing the Hungarian community. With the inauguration of the new Cabinet, the interim center-right government that fell on October 5 after a vote of no confidence presented by the Social Democrats was put to an end. Ciuca himself had resigned at the beginning of November to form a government, as he did not have enough parliamentary support.

“The safety of the citizen is a priority. We do not allow ourselves the luxury of political animosities that could generate new crises, “said the already Prime Minister Ciuca during his inauguration speech.

In the commitment signed by the members of the coalition, a rotation in power is established by which Ciuca will transfer his position within 18 months to the leader of the PSD, Marcel Ciolacu, who should be in charge of directing the country until the legislative provisions envisaged in fall 2024.

The head of state himself, who achieved his second term in 2019 thanks to his poignant diatribes against the center-left, has been the one who has devised in recent weeks an alliance that has roused a segment of the population, which still has setbacks in mind. of previous Executives. In February 2017, the attempt by the PSD social democratic government to decriminalize some cases of corruption and undermine judicial independence sparked the largest protests in the history of the Balkan country since the overthrow of communism, with more than half a million people on the streets. from Bucharest.

“The two formations, which have always enjoyed great popularity, have declined electorally from 92% in 2008 to 61% in 2020, a constant decline that will continue due to their unpopularity among the public,” says sociologist Barbu Maeescu, who stresses that the Social Democrats are the main beneficiaries of this coalition: “In May 2023, President Iohannis will appoint a PSD Prime Minister, which will make this party the visible vector of the Government for the parliamentary elections.”

Although internal struggles for government control can shake the continuity of the Cabinet, the real enemy of General Ciuca and his ministers is the growing frustration of society. More and more voices accuse President Iohannis of treason, who has endorsed an agreement that, just eleven months after the general elections, has returned power to the PSD and the PNL through a coalition that many citizens have not voted for. .

Disappointment among civil society erupted in the last months of this political crisis, when observing Iohannis and the leaders of the PNL, then in the interim government, impassive in the face of the country’s main challenges: the fourth wave of the pandemic, which broke their record of deaths a month ago with 561 deaths in one day, and the vertiginous escalation of energy prices on the threshold of winter.

A manifesto of civil society

“Nothing has prevented you from putting into practice the most blatant betrayal of the popular vote since 1990: not even the hundreds of deaths a day,” says a manifesto signed by several dozen civic organizations, such as Corrupción Mata or Freedom House Romania, as well as personalities from within. which is the writer Mircea Cartarescu, always in the pools for the Nobel Prize in Literature. The signatories of the declaration “Let us not abandon Romania”, warn politicians that civil society will take to the streets if the “red lines that ensure the European destiny” of the country are breached.

“It is important that people know that they have not been left without a voice, but we hope that politicians, because of their cynicism, give a damn about this manifesto,” says Diana Voicu, president of the Initiativa Romania civic movement. “I believe that the political parties learned the lesson during the protests, but we will remind them in case of abuses or legislative modifications for the benefit of particular interests,” says Elena Calistru, co-founder of the Funky Citizens association.

The discomfort and unease of an influential part of society, which managed to remove the Social Democrats from power, combined with the increase in the energy and food bills, can generate an explosive cocktail, warn the critics of the coalition.

The Executive must distribute in the coming years about 80,000 million euros from European funds and the national subsidy program to consolidate the economic recovery in a country where justice is at a standstill. The Anti-Corruption Prosecutor’s Office only investigates small cases, judicial reform is at a standstill and a body created to control the judiciary, the Special Section for Judicial Inspection, intimidates judges and prosecutors.

“We are disappointed, many already have their luggage packed to leave the country, but we, those of us who follow, claim the same demands during the demonstrations: justice, transparency and people without criminal cases in the Government,” concludes Diana Voicu.