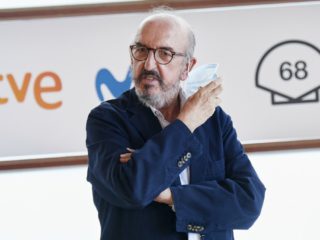 First it was Italy, then France, and now Mexico. New stick for Jaume Roures Y Taxto Benet, shareholders and managers of the production company Mediapro, who await the rescue of the Government. The local entrepreneur Manuel Arroyo placeholder image, owner of Grupo Lauman, editor among others of the newspaper ‘El Financiero’, announced this Thursday the purchase of Fox Sports México, the sports channels of The Walt Disney Company in the country. According to this company, it has already obtained authorization for the operation from the Federal Telecommunications Institute (IFT), which leaves Mediapro definitely without options, which had also bid for these channels.

Mediapro entered the sale process that the Federal Telecommunications Institute (IFT) forced after Walt Disney acquired the 21st Century Fox company for 71.3 billion dollars. The IFT established that Disney would control approximately 70% of the country’s pay television market if it continued to control Fox Sports Mexico, which violates competition laws.

The Roures y Benet production company thus scores a new defeat in its international expansion, after the entry of Telefónica In the bid for the television broadcasting rights of the Spanish soccer league and the Champions League, he has separated him from this business.

Before losing the Fox channels, Mediapro has already failed in its attempt to buy the rights to the Italian league and to develop a sports pay TV channel in France. In Italy he won the competition for the rights of Serie A for three years in 2018 but finally the Italian clubs alleged the non-payment of guarantees to terminate that contract and put it back in competition.

The situation in Italy is judicialized and both parties claim compensation for damages. Even so, Mediapro insisted again and bid in 2021 for the rights to the league for the 2022-2024 seasons. Again, his attempt was unsuccessful and dazn won that process.

After the fiasco in Italy came the one in France. Mediapro won part of the broadcasting rights of the first and second French divisions in this country as of last season. However, the Spanish-Chinese producer stopped paying the terms of the contract, claiming that the pandemic had reduced the value of the contract and demanded that the French League renegotiate it.

Finally, Mediapro was expelled from France. He lost the rights and had to close the pay television channel that he had opened to make those rights profitable, Telefoot.

On the brink of bankruptcy according to Moody’s

All these problems have led Mediapro to a very delicate financial situation, according to the North American agency Moody’s. As this newspaper published, Moody’s pointed out in a recent report that “Mediapro had no liquidity to meet the payments for the next six months.”

“The company’s liquidity profile is insufficient to meet its cash needs for the next six months. As of December 2020, the group had a cash balance of 99 million euros. Our baseline scenario assumes a number of sizable cash outflows in 2021, including 50 million of debt repayments, capex of around 70 million euros, and a large capital outflow of 175 million euros mainly due to four issues: Differences temporary between payments and collections in 2020; changes in the revenue recognition of the international contract of La Liga; costs of operations dismantling in France; and payments of compensation final to the French league ”, explains the agency in its report.