Rovi is immunized after the Japanese blow 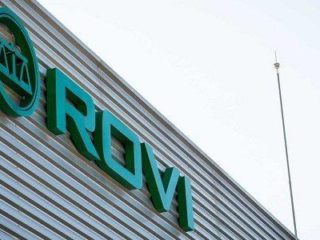 Laboratorios Rovi has experienced the worst period in August in the entire Spanish market. The falls, that since it was known the existence of a defective batch of the Covid-19 vaccine of the factories of the Spanish, with the friction of two metal pieces in the caps of the production line due to incorrect assembly, it has seriously hit the price of the stock on the Continuous Market.

Specifically, Rovi also started from highs, at 68.8 euros per share in the preceding days, with which the cumulative fall from then until the 31st, when the value lost again at the close, again above 13% it is 16.5%. However, from those levels, Rovi recovers positions and marks an advance of 13.5 %%, still far from the highs for the year, but with better expectations, especially from the experts.

In its quotation graph we see how the value yields 9.5% in the last 20 sessions, while it settles its good accumulated numbers so far this year while trying to recover. Its advances since last January 4 reach 52% in the market.

And it is that one of the great fears of the market is that its agreement with modern is put into question, but the truth is that Sabadell quantifies the weight in its price of the agreement with Moderna at 11 euros, a route already lost. Even so, from Bankinter, after the latest news that seems to exempt this contamination from causing the death of the three vaccinated Japanese victims, has recovered the buy recommendation on the stock with an expectation of 68.30 euros at its target price, lor that gives it a presumed market path of 19.5%.

Nevertheless, From Renta4 they show their caution with advice to maintain and a target price below the market: 55.06 euros per share. They, compared to Sabadell, quantify the valuation of their alliance with Moderna at 9.54 euros per share. And they consider the falls to be justified as, they say, the good performance of the company’s main growth engine. Also that it recovers to the current levels of quotation, but not that it has a longer journey.

“In an analysis by ratios and under forecast of 2021 results revised upward after publication of accounts corresponding to 1H21, with EPS 1.82 € / share, the market discounts a PER of 27.8v, compared to a historical average for the value 41v and therefore with room for improvement. With a CBA forecast of 67%, the PEG ratio is placed at undervaluation levels, 0.41v and the EV / EBITDA multiple at 21.48v, vs 25v on average in the last three years “, as indicated by Fundamental Analyst of Investment Strategies María Mira.

In addition, the expert highlights that “it is not cheap comparatively compared to its peers, although at the moment we do not expect a change in trend with an income statement that outperforms its multiples and a robust balance sheet to face its growth. Based on our fundamental valuation we maintain positive recommendation for the medium term. We see potential in the company’s business, in a transformational moment that involves a strong investment and that already has a positive impact on the income statement ”.

The Investment Strategies premium indicators show us how Rovi achieves a total score, in consolidation mode and revised by two points down from 7 out of 10 total score. Among the best highlights the long-term upward trend, the total, slow and fast positive moment, the growing business volume in the medium term and in the long term as well.

On the other side we find the range of amplitude, the volatility of the value that is increasing in the medium and long term, in its two aspects and la medium-term trend that remains bearish for the value.