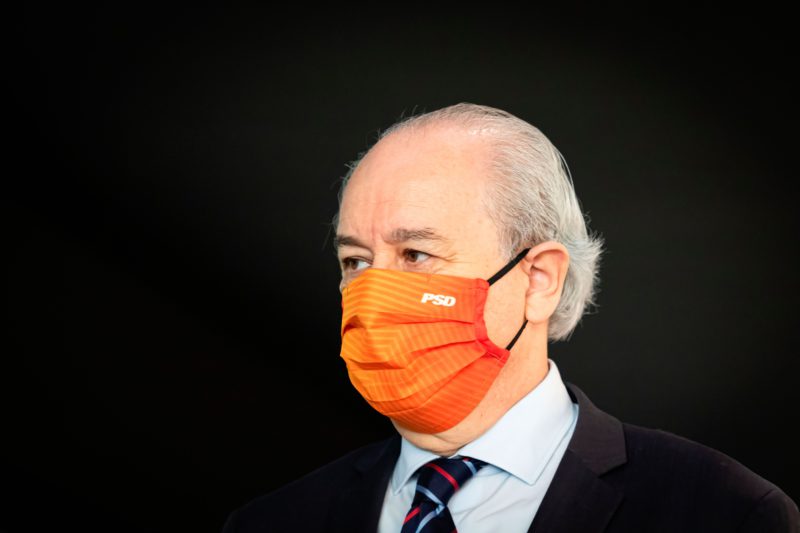 Rui Rio, the president of the center-right Portuguese Social Democratic Party (PSD), won this Saturday by a narrow margin over MEP Paulo Rangel in the primaries with which the formation chose its candidate for the general elections scheduled for January. The PSD is the only party with options to become a government alternative to the socialists and this will be the second time that its leader and former mayor of Porto, 64, will run as head of the list in the elections in which he will be elected. to the successor of the current prime minister, António Costa.

The portal enabled by the PSD for the publication of the results specified on Saturday night that Rio had obtained 53.32% of the votes compared to 46.68% for Rangel when more than 8,000 votes remained to be counted. Some 46,000 PSD militants were summoned to these primaries prior to its 39th congress, to be held between December 17 and 19 in Lisbon. The conclave will decide the lists for the January elections.

“This is a victory for the PSD militants,” said Rio, after learning of a victory that he has won despite not starting as a favorite. His rival had the support of the internal apparatus and of the majority of the leaders and intermediate positions.

Not even the good results of the municipal elections in September, where the PSD regained the mayoralties of Lisbon and Coimbra, managed to prop up its president against the other members of the leadership of the formation. Hence, Rio opted in his campaign for direct contact with the militancy, while his adversary multiplied the acts throughout the country.

In addition to attributing his victory to the rank and file of the PSD, the already general candidate made an allusion to the lack of support for his formation by emphasizing that “the people, the militants, said no.” “Most likely, there are commentators who say that the people were wrong,” he continued, underlining that he has not promised anything to anyone and that he only owes “gratitude” to those who have supported him in these primaries.

Rio’s program does not differ in many ways from that of its rival. They coincide, for example, in putting the focus on the economy and the defense of improving wages, as well as the need to address structural reforms and lower taxes. However, while Rangel flatly rejected the possibility of supporting a minority socialist government, Rio has not ruled out that option.

Those who have chosen him as a candidate from the center-right seem to have opted for the experience – Rio was secretary general of the PSD between 1996 and 1997 and vice president between 2002 and 2010 – and for the moderation he embodies against a rival considered more inclined to the right.

The main challenge now facing the candidate for the post of prime minister is not only trying to defeat the socialist Costa at the polls, but also to heal the internal wounds and unify his party.