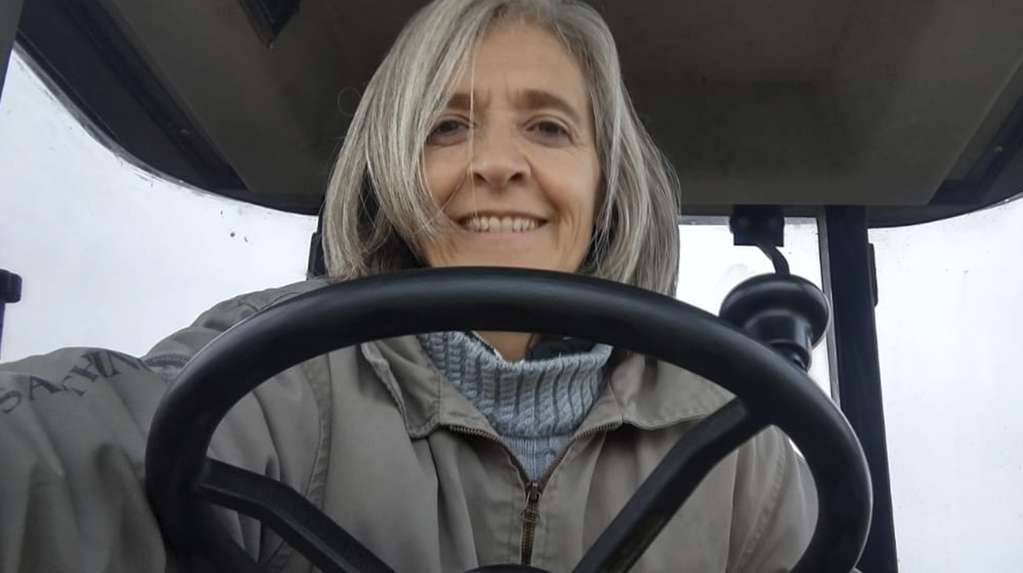 Rural Women’s Day: mothers and professionals who fight for roots in their villages

The mixture of joy and sadness that a mother feels when a son or daughter leaves the town where they were born, heading to larger cities, can only be understood by a woman who sees her best and most precious treasure depart in search of new ones. opportunities.

But there are many who fight so that these children should not leave and find in their native villages the possibility of A better future. That is the goal of “Welcome to my town”, a local development program of the Es Vicis foundation, which has the objective of repopulating communities far from large urban centers and promoting a planned migration.

The program was implemented with a pilot test two years ago in Colonia Belgrano, a small community of just over 1000 inhabitants in the province of Santa Fe, where 15 families settled. The results? The village grew 10% in population in one year, 25 businesses were created, more jobs were created, the real estate market was boosted and local development accelerated.

From the entity they highlighted that many rural producers put the project on their shoulders and do the impossible to bring the development program to their town.

It is worth remembering that the UN General Assembly established the October 15 as the International Day of Rural Women in order to recognize their work in this area, in addition to their contribution to agricultural development, the eradication of poverty and the improvement of food security.

Currently, Es Vicis carries out its program in five locations in the south of Santa Fe: Cafferata, Carmen, Labordeboy, Maggiolo and San Eduardo. As indicated to TN, many women They were promoters of the program in their localities, helping to form the support commissions, made up of representatives of all the institutions and sectors of the community.

Jorgelina Aguirre She is a tambera of Maggiolo, a town of 2,000 inhabitants, and also a candidate for communal president. “My parents and grandparents were dairy farmers. I am grateful every day that I was born and raised in the country because it gave me the necessary impulse to be who I am today ”, said the 50-year-old veterinarian, mother of four children.

When she finished high school, Jorgelina went to study in the city of Esperanza. “The day I left loaded with all the furniture, I watched the sunrise at Maggiolo’s access and I felt that I had to go back,” she recalled. So it was.

“Already received, I bought a house and raised my children in this quiet place where they could live free and without fear. From a very young age I had to see that people thought there were no possibilities here and they left. It gave me a lot of anger that in towns like ours, where the agriculture that is the basis of our country is developed, they could not find a way to live with dignity, “he explained.

17 kilometers from Venado Tuerto, in San Eduardo, Jorgelina Vazquez, 43 years old, he works in the family farming business and also in an agricultural and livestock establishment.

“A few years ago a friend told me that San Eduardo was one of the 400 endangered towns in Argentina. I always had the illusion of being able to help regain those boom years that I saw as a child: San Eduardo became one of the largest colonies in the region, the nucleus of agricultural activity, ”he stated.

Currently, the town has about 900 inhabitants and the lack of work it is one of the main problems of the small town. “From 2001 onwards the companies and grain companies left; we even stayed without pharmacy. Having the family united, and that the young people do not leave, is very important for the towns because otherwise only the adult population remains, a link with no return ”, he analyzed.

But a light of hope appeared and Jorgelina, mother of two boys, did not let it pass. With her friend Marcela Matsuda they contacted the Es Vicis foundation, formed a group with different referents from the town’s institutions, and got to work.

“We already have the tip of the ball and we will start weave the opportunities. We are also going to receive families who will bring their businesses and teach us new activities ”, he explained.

For its part, Marcela, A 37-year-old agricultural engineer, she was born in Escobar, but decided to go live in San Eduardo, the town where her mother grew up. “Back to our roots It is the biggest reason for wanting to participate in this project. My friend Jorgelina invited me and asked me: ‘Will you accompany me to see San Eduardo grow up?’ At first it seemed something unattainable and suddenly we dreamed again that it could be done, “said the professional in dialogue with TN.

In the comprehensive program, the engineer is in charge of developing the business plan for the vegetable, seedling and flower nursery, which will provide the orchards that are being planned in the five Santa Fe towns.

Current project: from the city to the countryside

And it is that the development of Cafferata, Carmen, Labordeboy, Maggiolo and San Eduardo not only aims to repopulate and establish roots, but to strengthen the food value chain from 14 agro-industrial projects: a plant for dulce de leche, jam and manufacture of alfajores, a balanced food plant, production of broiler chickens, a pig slaughterhouse, a beef slaughterhouse, 2 egg-laying projects, 4 vegetable gardens and a mobile sawmill.

In this way, in an alliance created together with the Regional Center for the Development of the South of Santa Fe, they will relocate at least 75 families cities (more than 300 people) and about 249 direct jobs will be generated.