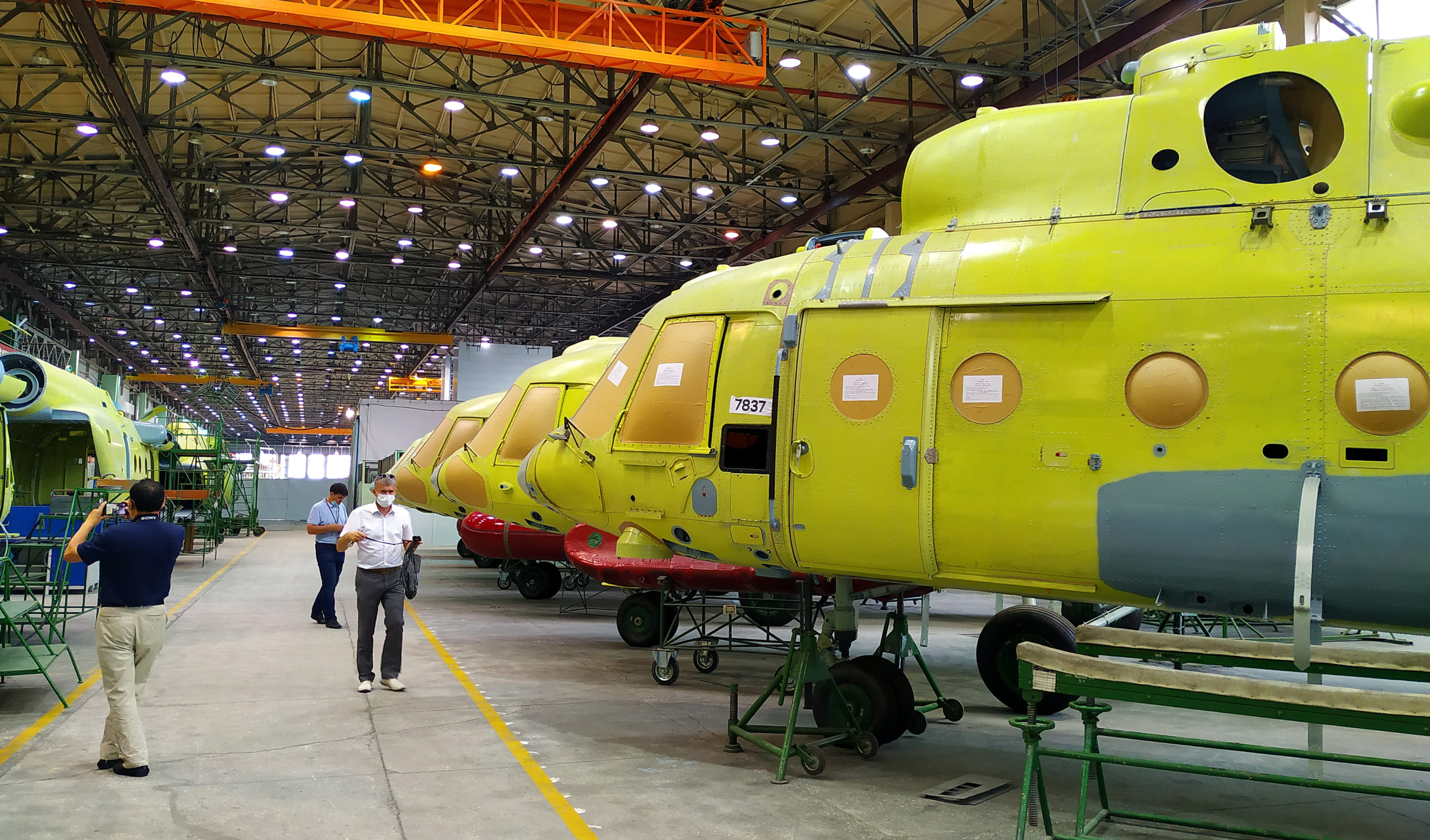 Russia seeks to consolidate the introduction of its helicopters in new markets. The sturdy aircraft, which once put the focus on the West, now banned for sale by sanctions against Moscow for annexing Ukraine’s Crimean peninsula, diversify their exports as an economic source, but also a source of influence. Russian Helicopters, the main Russian manufacturer, which has already focused efforts to boost political and commercial ties with Asia and the Middle East, is working to consolidate its sales in regions such as Latin America, where it already has more than 350 registered aircraft and drives new large contracts, especially civil, with Argentina, Colombia or Mexico.

Helicopters were part of the traditional mainstay of the Soviet, now Russian, arms export catalog, along with airplanes, armored vehicles, warships, and submarines. “Russian Helicopters is like a Kalashnikov, straightforward and reliable to the end,” describes Ruslán Pujov, director of the Moscow-based CAST defense expert group. “When you look at a Russian helicopter, one of the Mi range, for example, is somewhat rustic, it looks like a tank; When you look at a French one, it’s more like a Swiss watch. Would you rather fight or face an emergency with a tank or with a Swiss watch? ”, Says Pujov, who remarks that the market analysis shows that, in addition, they are economically competitive and cheaper to maintain than others.

After the collapse of the USSR in the 1990s and early 2000s, the company, considered one of the crown jewels of Russian industry and which had been highly competitive against its American rivals, hit a slump in investment and development. But in recent years, thanks also to outside contracts, it is revitalizing its plants. Like Ulan-Ude, in the Buryat region and a few hundred kilometers from Mongolia, founded in 1939.

The factory, which employs about 5,500 people, looks like a small town from Soviet times. With well-kept buildings and gardens, decoration from another time and a solid separation by areas. Now, assures the spokesperson of the plant, Svetlana Usóltseva, although the modernization process is still underway, production is almost entirely digital, with three-dimensional models and a special program. However, parts of the assembly and production are still done manually; almost handmade. “It is all very personalized, it is built according to the client’s requests,” says Usóltseva in a visit organized by the company. At the back of the aseptic warehouse, one of its pale yellow models undergoes the rain test to guarantee total interior insulation. Some of those helicopter skeletons will go to India, Vietnam or other markets. 40% of the plant’s production goes to foreign clients, the spokeswoman says.

When defense budgets in Russia began to decline after the great rearmament program of the early 2000s, Russian Helicopters sought ways to reduce its dependence on internal military orders and diversified. In 2017, its parent, the powerful state defense corporation Rostec (which owns, among others, part of the Kalashnikov brand), sold 12.5% ​​of the aircraft company to a consortium of investors from Arab countries led by the Fund. Russian Direct Investment (RDIF, the same that has financed the vaccine against covid-19 Sputnik V and coordinates efforts to export it).

Since then, the exports of its helicopters – which were already reaching China, Thailand, Algeria or Egypt – have expanded in the Middle East and Asia, with million-dollar contracts, for example, with India. In the last decade, Russia’s state arms exporter Rosoboronexport has sold more than 850 helicopters worth about $ 20 billion (about € 17.24 billion) to foreign customers, according to its CEO Alexander Mijeev.

And in difficult times, these aircraft play with another advantage to fit into public budgets: that they are not for one-time use for defense, says analyst Pujov, a member of the public council of the Russian Defense Ministry. “They are versatile. They can be used in more military operations and also in other government organizations, such as medical evacuations, fighting fires, fighting natural disasters. And that leaves them in a better position now that many countries, especially since the pandemic, have reduced their military spending or have postponed spending, “he adds.

Russia does not impose major political restrictions on its exports of defense material and does not make the sale contingent on human rights issues, as countries like the United States do. Sell ​​to Venezuela and Syria. Also to India and Pakistan; to Armenia and Azerbaijan. Thus, it has a fairly solid and broad portfolio of clients.

However, with its traditional markets – such as the countries of the former USSR and other states with which it has had good relations since those times – somewhat saturated, Russian Helicopters has set its sights on other regions. Like Latin America. Also in Africa, says Defense expert Pujov. The Malian transitional government, now controlled by the military that carried out two coups in the past year, reported earlier this month of the arrival of four Russian helicopters – and other weapons – as part of a contract signed last year. .

Russia has long been trying to expand its presence and establish itself in the Latin American region. It is not only a way of positioning itself against the United States and what it considers to be interference by Washington in its backyard, the post-Soviet space. It is part of President Vladimir Putin’s agenda to regain Russia’s role as a great geopolitical power and expand its global influence. And among its tools to do so are trade, energy, anti-drug agreements or the sale of weapons and military equipment.

Thus, for two decades, Russia has strengthened its presence in the Latin American defense market. Although helicopters are having special demand, according to an analysis by the Stockholm Institute for Peace SIPRI, which points out that Argentina, Brazil, Venezuela (the largest defense partner in the region), Colombia, Peru, Uruguay and Ecuador have bought helicopters for technical-military tasks. In Brazil, for example, the air force uses Russian Mi-35M combat helicopters to patrol the country’s border regions. Now, Argentina is negotiating the purchase of another batch of Russian helicopters to add to those it uses for its Antarctic exploration program.

Russian Helicopters also sees the development of these aircraft in their civil format for Latin America as a “promising area”, where the number of helicopters and expansion plans have led it to install service centers in Peru (the largest importer of Russian helicopters in the region), Brazil and Venezuela. “There are great opportunities and the reviews are good,” says Leonid Belykh, deputy director of Russian Helicopters at one of the sites at the Buryat factory, which the company uses for test flights. Its civilian devices are certified in more countries in the American region than those that are only military.

In Mexico, the confirmation of the certificate of its Ansat helicopter is already underway, which can fly in extreme weather conditions and is used for medical, passenger or cargo transport. The first Ansat arrived in Mexico last year. However, the agreement, which contemplates delivering 13 more helicopters in a first phase to its local partner, Craft Avia Center, and another 27 in the second for the national air ambulance project, is being delayed by the global health crisis. With this sale in Mexico, in addition, the company seeks to establish itself in the Latin American market, which has been dominated by US material for decades.