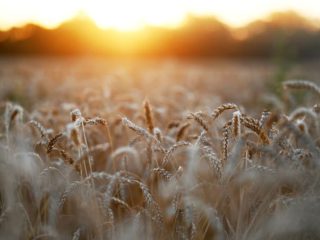 MOSCOW, Sept 15 (Reuters) – Russian farmers are sowing less winter wheat this fall than record levels seen a year ago due to unfavorable weather conditions, a switch to oilseeds in some regions and concerns about the tax on oil. grain exports, analysts said.

Russia is the world’s largest wheat exporter, sending large shipments to Africa, the Middle East and other regions. Winter wheat, sown in the fall to harvest in the summer, usually represents 70% of the country’s production. It provides a higher yield than spring varieties and is less vulnerable to bad weather.

Two farmers in the Orenburg region, located in the Volga district, said that the dry weather had hampered the planting of winter wheat.

Recent rains have improved conditions in many parts of Russia, but the country’s winter grain planting season remains delayed.

The main delay is due to the Volga, which has suffered greatly from the dry climate, said agricultural consultancy Sovecon, which said the total winter wheat sowing area could decrease by 0.5 to 1 million hectares.

“Sowing will be below last year’s record level due to dry weather, gigantic spring reseeding (in the central region) and Volgograd regions with late crops that have not yet been harvested and due to new processing capacity of oilseeds in the center, “said Dmitry Rylko in the IKAR report.