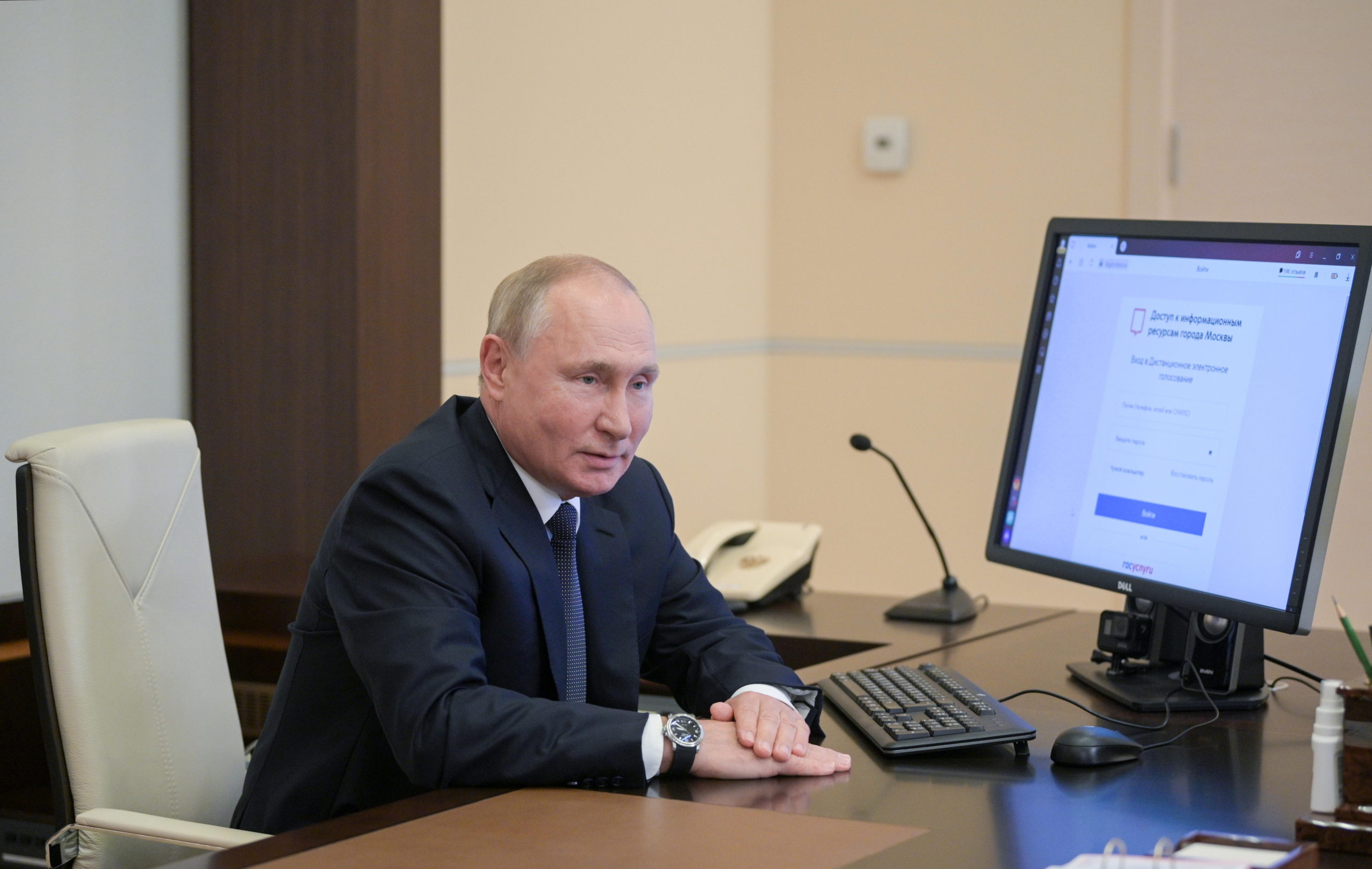 Russian citizens are called to the polls this weekend in apparently anodyne legislative elections: the Duma (Parliament) that is formed with their votes will be the same that legislates when Vladimir Putin decides, before the end of his current term in 2024, whether or not he is running for president again. These elections have become a barometer of the collapse of the popularity of the system engendered during the last two decades and how the Kremlin forces are doing after the pandemic.

United Russia, the party linked to the Kremlin, swept the first such elections five years ago after the unilateral annexation of Crimea, an event that triggered support for the president. However, that already sounds like an echo: this call is led by the repression of the opposition with thousands of activists arrested in protests in the last year; an economic crisis with inflation soaring above 6.7%; and a management of the pandemic that so far leaves an excess of deaths of more than half a million.

The Russian legislative, which are held from yesterday to Sunday, have started with a setback for the team of the opposition Alexei Navalni. American tech giants Google and Apple have yielded to the Kremlin’s demands and removed from their stores online an activist app that promotes the so-called “smart vote”. This has happened precisely on the same day that Russians can start voting online and at the physical ballot box. The censored tool proposes to unite opposition voters around the candidate who has the best chance of beating the candidates of President Putin’s party.

The Kremlin’s goal is to pass an election smoothly. After the 2020 constitutional reform, which allows Putin to run for two more terms, that is, until 2036. That is why it is important that the next Duma be related to the president during the next five years of law, to avoid surprises.

Participation is expected to be low. In 2016 it already stood at a modest 47.8%. But if then United Russia obtained 55.2% of the votes, the polls now point to around 30%, according to the polls of the Center for Studies of Public Opinion of Russia (VTsIOM) and Insomar. However, the system still resists.

The figure of Putin has an approval of more than 60% and the forecast is that United Russia will maintain the parliamentary majority, since the Communist Party would remain far away, around 16%, despite strengthening its position compared to 9% of the populist Liberal Democratic Party (LDPR).

“The ideal goal of United Russia is to preserve the constitutional majority, but if this does not work, they can turn to the LDPR,” says Alexei Makarkin, political scientist and vice president of the Center for Political Technologies. “In 2011 there was already a situation in which United Russia did not have a constitutional majority and nothing was broken, the LDPR voted loyally and the communists behaved very moderately and within the limits acceptable to the authorities,” he adds.

One of the protagonists of the elections, the opposition Alexéi Navalni, made himself known after those elections by organizing the protests in which they accused the Government of electoral fraud. It was that year in which he created his Anticorruption Foundation, which 10 years later, last June, was declared an extremist organization by the authorities.

“These elections do not follow the logical model of a democratic election,” says Grigorii Golosov, head of the Political Analysis area at the European University of Saint Petersburg. In his opinion, there is no going back for the Putin government after the poisoning of the activist in Tomsk in August 2020. “It is too late to be silent, in the last year everyone knows Navalni, not just his followers,” he adds .

The activist’s organization, which does not participate as a political party, has been a headache for United Russia with its platform smart vote, with which he recommends which candidates to vote for in 225 districts to wrest them from Putin’s party. “The Communist Party may benefit the most, not significantly, but this is a matter of concern for Democrats,” adds Grigorov.

If the Communist Party and the LDPR are considered parties loyal to the Kremlin, their reverse is Yábloko, a truly opposition party with a presence in parliament, although it has only a marginal 2% support. The smart vote he does not recommend his applicants except in some testimonial territories, which adds fuel to the fire of his confrontation with Navalni for having brought the protests to the streets. “Without putinism or populism,” the founder of Yábloko, Grigori Yavlinski, titled in an article critical of the activist, after the arrest of the opponent, a former member of that party until 2007.

At the beginning of the electoral appointment, one of the first to vote was Putin yesterday. He did so virtually, since he is in quarantine after detecting an outbreak of coronavirus among “dozens of people” in his environment, as explained by the president. Putin’s example has also been followed by Prime Minister Mikhail Mishustin, who voted online unlike the Chechen leader, Ramzan Kadyrov, who opted to go to the polls on foot together with his family. According to the Central Electoral Commission, by noon on the first day, 30% of online participation had already been exceeded in six Russian federal entities and it was estimated that they could reach “between 75% and 80%” by the end of the day.

Added to the doubts raised by electronic voting is the reduced presence of observers in these elections and the veto of numerous candidates, both by decision of the electoral board and by not being able to collect the thousands of signatures necessary in such a tense situation. For example, the Organization for Security and Cooperation in Europe (OSCE) decided not to send its staff due to the restrictions imposed, while some opponents have not been able to present themselves, including one of the best assets of the Communist Party, Pavel Grudinin, for supposedly have accounts abroad.

“The main problem is that politicians can be deprived of running at any time,” says Elena Noskovets, representative of the Novosibirsk 2020 Coalition, which is still in opposition to action. “Of course, politicians in United Russia and the satellite parties representing the loyal parliamentary opposition will say that all is well and that the only problem is voter apathy,” he adds.