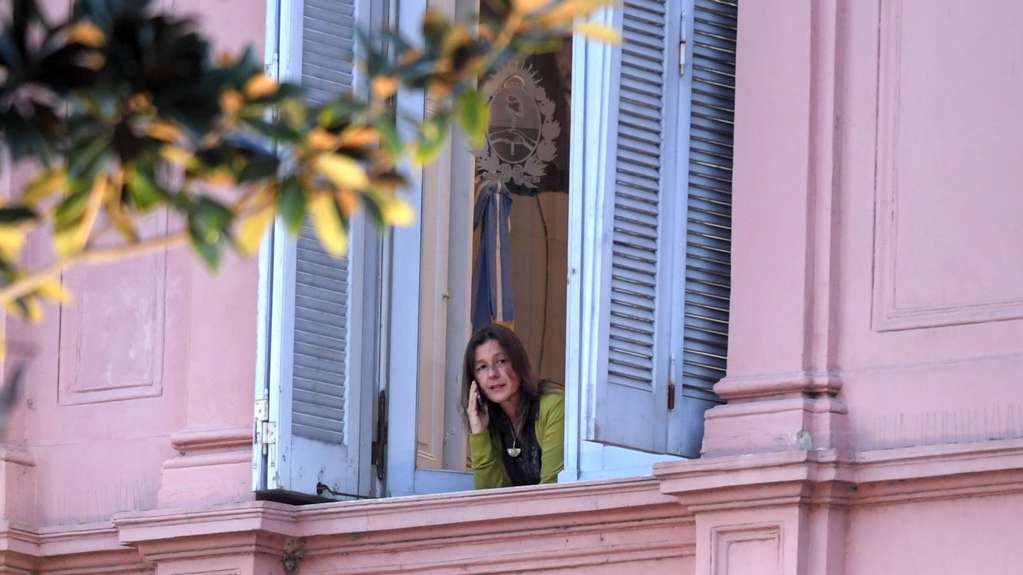 Sabina Frederic returns to the Government: after her departure from the Ministry of Security, she will assume as the head of the White Helmets

Little less than a month has passed since Sabina Frederic left the Ministry of Security, in the midst of an institutional earthquake after the electoral blow suffered by the ruling party in the PASO, upon her return to the Government now as head of the White Helmets, a dependent body of the Ministry of Foreign Relations.

The former minister will be in charge of the design and implementation of humanitarian assistance, emergency care, comprehensive disaster risk management and contribution to the sustainable development of Argentina at the international level. In this way, she is another of the officials who will be recycled in another position within the Government, following the example of Paula Español: she went from serving as the Secretary of Internal Trade to an area of ​​the Ministry of the Interior.

In the midst of the crisis that shook the ruling coalition due to the massive resignation of ministers and officials close to Vice President Cristina Kirchner in the face of the defeat of the August Primary, the Frederic had spoken in support of the President: “All my support for Alberto Fernández, a synthesis of popular unity to achieve the country we want. The Frente de Todos is the guarantee for the will of the people expressed in 2019 to become a reality, ”he said.

Frederic is part of the Callao Group, the think tank that is referenced in the figure of Alberto Fernández. He arrived at the Government on the same day that the current president assumed the leadership of the Executive. Between 2009 and 2011 she had been a Kirchnerist official in the Ministry of Defense led by Nilda Garré.

Frederic’s appointment to the Security portfolio was questioned from the start. Trained in Human Sciences and no antecedents management In this regard, the anthropologist was highly criticized not only by the opposition, but by the ruling party itself through her Buenos Aires counterpart, Sergio Berni.

On August 29, in the middle of the campaign towards the PASO elections that caused a strong crisis in the Government, the now ex-official starred in one of her latest controversies. “Switzerland is calmer, but also more boring”, said. The comment earned him a wave of criticism.

The crosses between Sergio Berni and Sabina Frederic: from insults to ironies

The discord between Berni and Frederic will go down in history as one of the dark chapters within the security coordination policies between the Nation and the Province. The official of Axel Kicillof came to insult and push Eduardo Villalba, Frederic’s number two. He came to call the anthropologist “useless”, a concept that he later reiterated to the press: “I told him that his hypocrisy and ineffectiveness of him and his minister did the province of Buenos Aires very bad,” he declared.

After that episode, Frederic said that it seems to him that “there is a great ignorance of what is done and not televised “and that many times if one does not televise it is not possible to come to fruition”. He argued that in addition “there is an ego problem “ of the Buenos Aires minister, who has a high profile and usually spearheads actions with high media impact. Frederic said that from the Nation they have a different style and that they always highlight what all the forces do.

After the Minister of Security of the Nation Sabina Frederic assured that “Switzerland is calmer but more boring” with respect to those who wish to leave the country so as not to suffer from insecurity, her counterpart from the province of Buenos Aires Sergio Berni accused her of “To be partying” and assured that “it has a romantic look from the suburbs.”

For Berni, “the damage of the words (of Frederic) is enormous” and he accused the minister of “believing that (in the Province) they live for joda”. “That is why in the middle of OlivosGate he went out to ask for the reelection of the President“, He launched.