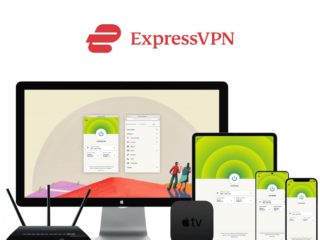 The British-Israeli IT security company Kape Technologies announced on Monday that it would take over ExpressVPN, one of the leading providers of virtual private networks (VPN), for $ 936 million. Founded in Israel in 2010, Kape has developed several privacy and security products that it claims are currently used by around 2.5 million paying customers worldwide. The company has been listed on the London Stock Exchange in a section for small and medium-sized companies since 2014.

ExpressVPN is already a year older than the buyer and is based in the British Virgin Islands. With 3000 servers in 94 countries for encryption tunnels, the company describes itself as one of the “world’s largest providers of VPN services” and a “clear advocate of the freedom and privacy of the Internet”.

Kape boss Ido Erlichman came out in the face the acquisition notification as an admirer of ExpressVPN. The control over one’s own digital presence is now “the focus of the interest of every technology user”. Both companies, whose brands are to be retained, wanted to work together to promote innovative instruments for protecting data and user rights. ExpressVPN co-founder Dan Pomerantz welcomed fresh capital to drive product development.

Kape employs around 350 people in eight offices around the world, including Tel Aviv, Austin, Paris, London and Übach-Palenberg in Germany. The Israelis have for the past few years Made a number of major acquisitions in the VPN and data security space. These include the acquisition of GhostVPN 2017 and the VPN provider Zenmate 2018. Six months ago, Kape acquired Webselenese, an Israeli provider of privacy and security-related news and product information.

Not everyone is at ease with the company’s desire to buy. Observers such as the IT expert Felix von Leitner alias Fefe note that Israel is likely to become a stronghold for VPN services. Increasing parts of the network communication, which is encrypted over long distances, could be recorded and intercepted comparatively easily by the country’s secret services such as the Mossad With VPN, there is no end-to-end encryption and the technical service providers have data in plain text.