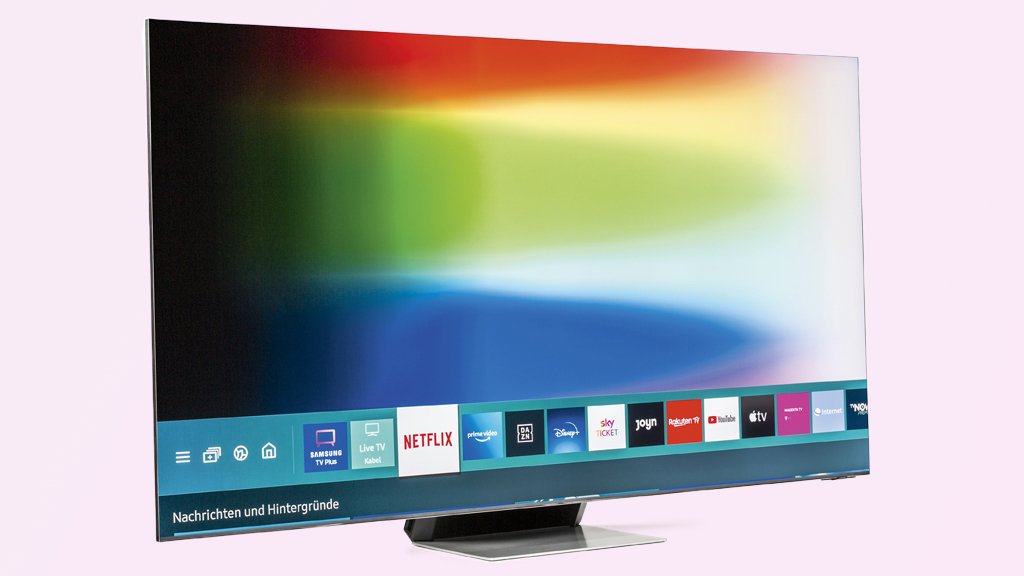 Samsung’s 65QN900A was one of the first LCD TVs with a backlight made up of tiny LEDs that were grouped into many dimmable zones. Compared to its predecessor 65Q950T, Samsung has quadrupled the number of zones. The 48 x 28 LED fields arranged in the chessboard have become significantly smaller as a result – which is better because individual areas of the image can be brightened or darkened in a more targeted manner. In addition, Samsung is using new, particularly flat mini LEDs. The 65QN900A impresses with its consistently slim display: it is not as super thin as many OLEDs, but the latter are only thin at the top, but they are significantly larger at the bottom.

The Samsung TV also owes its slim line to the separate One Connect Box, into which all signal electronics have been outsourced. It supplies the display with video signals and power via a semitransparent cable and fits on the slope of the display base at the back. The extremely narrow bezel – Samsung not quite wrongly calls it Infinity Screen – also contributes to the captivating appearance.

Due to the fine brightness control, the screen displays high-contrast content such as burning torches or sunbeams in the forest of leaves in an impressively clear and luminous manner; but conventional TV content also looks great. Due to the local brightness adjustment in the backlight, the image contrast from a global perspective comes close to that of OLEDs. The granularity is only insufficient for starry skies and very high-contrast, fine transitions such as scrolling text in the film credits. In the still images, we were able to see transitions and irradiation into neighboring zones, especially from the side.