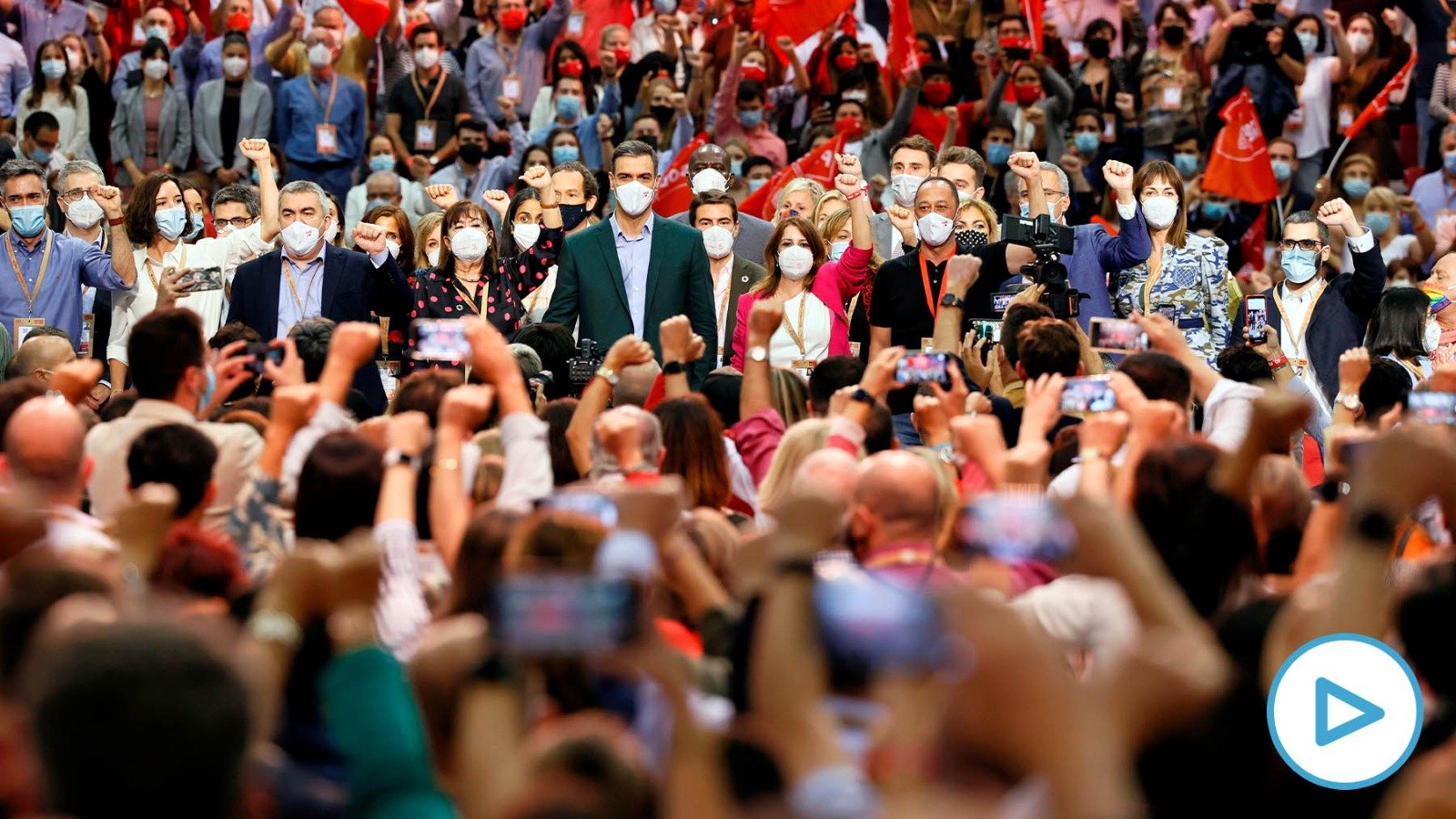 “The recipe is social democracy. For everything and whatever. Is what he claims Pedro Sanchez to face the next four years of the PSOE and, above all, to face the next electoral cycle of 2023. The President of the Government has made more than a dozen appeals to a social democracy that the socialists had parked in 2015, to prevent the escape of voters to Podemos. A journey towards moderation that he has exemplified, for the first time, not raising his fist like the rest of his companions when La Internacional sounded.

Without a single mention of his purple partners, Sánchez has claimed the success of the vaccination campaign – which he has shared with Salvador Illa and Carolina Darias-, the rise in the Minimum Interprofessional Salary, the ERTE and the aid that the Executive has promoted “to leave no one behind.” As if all these measures, some of which were rejected by the ranks of the PSOE, were the only work of his training.

In relation to Catalonia, he has demanded that “we should not just comply with democratic legality, promoting dialogue and reunion”. “We want Spain” he explained, so “we will always guarantee the law.” Although with a promise, “as we have always done, to” expand freedoms and rights.

“We have an unwavering commitment to democracy and political pluralism,” pointed out Sánchez, who, as OKDIARIO advanced, this Saturday, is already working on a constitutional reform that will make room for Catalonia within the State. Because according to him “social democracy is summarized in freedom, equality and fraternity.”

“We will abolish prostitution”

Pedro Sánchez has made a personal commitment to end prostitution. After the internal debate that took place this week in the socialist congress, the president has declared that “we will abolish prostitution” in the coming years. It is a claim of the PSOE that Sánchez makes his own without nuances.

Appeals to González and Zapatero

The current leader of the PSOE has emerged as a disciple of Felipe Gonzalez and Jose Luis Rodriguez Zapatero. In the congress that has closed the open wounds in the last decade, the president has mentioned on different occasions the two former presidents of the Government, who participated in the conclave, to set them as an example against the noise and criticism made by the opposition against the same.

Criticism of the opposition

Sánchez has taken advantage of his intervention before the bases of the PSOE to attack once again against the opposition “The traditional right is confused, self-conscious and disoriented,” he pointed out. From his point of view, the PP “makes opposition, not to the government, but to the system.” And it ugly to those of Pablo Casado that “question the legitimacy of a democratic government.”