Sánchez condemns the macho scourge after wave of femicides in Spain 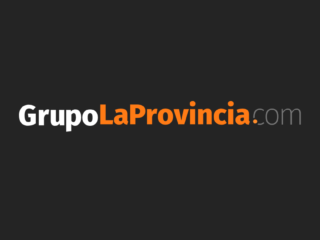 The President of the Spanish Government, Pedro Sánchez, took up today the issue of femicides, which he described as a “male chauvinist scourge”, and expressed his concern after a “black week” during which six murders of women were recorded at the hands of their partners. or ex-partners.

“It is an unbearable reality. Spain unfortunately suffers a chauvinist scourge, which causes that there are men who kill women for the fact of being women”, declared the president during an event in the city of Toledo, where he lamented “the cruelty” experienced In the past week.

Sánchez traveled today by helicopter to that Spanish city to promote his government’s environmental proposal, reported the OKDiario news portal.

Since 2003, when Spain officially began to keep track, 1,092 women were murdered by their partners or ex-partners, the president recalled.

“We cannot look the other way while these murders take place day by day, we must not feel oblivious to the pain or fear that thousands of women feel due to the fact that they are women in our country,” she said.

Then he made a call “to all of society, to all public institutions, to all political parties, so that we do not trivialize gender violence.”

As the issue grows on the political agenda after the murder of a sixth woman in Zaragoza, the president yesterday promised more protection for women.

The woman, in her 30s, was found dead at her home, and her alleged murderer, whom she had denounced for mistreatment, tried to commit suicide by throwing himself off a fifth floor but was unsuccessful and was arrested.

“We will do whatever is necessary to effectively protect all women. Not one less,” she said, using the slogan that gave her name to the feminist movement that, which emerged in Argentina in 2015, spread throughout the world.

The Vice President of the Government, Carmen Calvo, also lamented the “black week”, in a message on Twitter with the hashtag #NiUnaMenos.

Meanwhile, the president of the Observatory against Domestic and Gender Violence, Ángeles Carmona, said that the increase in femicides could be linked to “the return to normality”, at a time when restrictions in force since the end of October to fight against the Covid-19 pandemic.

Greater freedom “may be increasing the abuser’s fear of losing control over his victims,” ​​Carmona said last night.

Spain has made the protection of women a priority since the end of the last century.