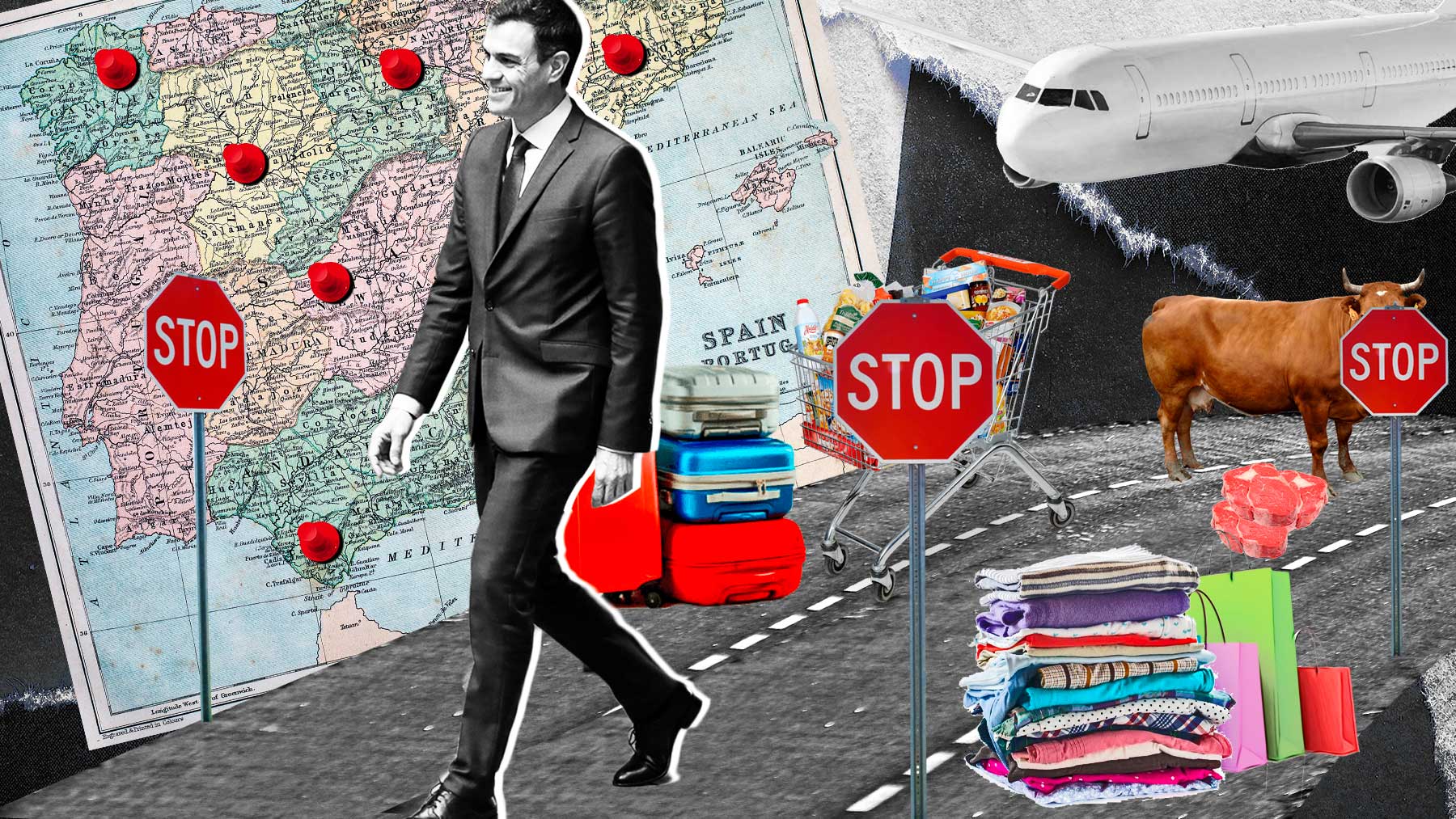 Sánchez sets up a tour to tell Spaniards that they should consume less meat, clothes and travel

The government of Pedro Sanchez he wants Spaniards to know in detail his proposals for the future for the country. Those ideas are included in the controversial plan Spain 2050 which, among other things, points out that “the Spanish population will have to reduce its intake of food of animal origin, the amount of clothing it buys, or the number of new digital devices and appliances it acquires per year. She will also have to become more restrained in her travels.

The Executive has now organized a tour throughout the country, which has called Dialogues on the Future, and that, over two months, it will tour all the autonomous communities. According to the Government, the intention is to “stimulate plural, informed and constructive conversations about the future and gather concrete proposals to incorporate them into the Long-Term National Strategy” that synthesizes the Spain 2050.

The idea is to hold 40 days, with 100 discussion tables in which more than 500 speakers will take part “among which will be the president and vice-presidents of the Government; several European vice-presidents and commissioners; regional presidents and councilors; ministers; secretaries of state; experts from the European Commission and the European Parliament; analysts from international organizations such as the United Nations or the OECD; mayors; CEO, entrepreneurs; academics; journalists and leaders of the third sector and civil society ”, details Moncloa.

In addition, 37 citizen workshops will be held “in which the population will be the protagonist, will be able to make their proposals heard and talk with senior public officials, academic experts and ‘influencers'”. The program is completed with concerts, exhibitions, visits and other cultural activities.

The Government celebrates that “Spain has left the worst of the pandemic behind and, although there is still much to do to completely defeat the virus, it is time to look ahead and think about tomorrow.”

The plan Spain 2050 includes some measures that have been especially controversial, such as reducing meat consumption.

The report harshly criticizes the customs of Spanish society, highlighting that: “Numerous studies indicate that the consumption of meat by the Spanish population is between two and five times higher to the recommendable one.

Next, Sánchez’s plan criticizes “the progressive abandonment of the Mediterranean diet and the increase in the consumption of products of animal origin, responsible for 80% of the emissions associated with our diet”, noting that “the consumption of food is today the main source of the environmental impacts generated by the inhabitants of the European Union ”.

It is worth remembering the controversy generated months ago when the Minister of Consumption, Alberto Garzón, proposed precisely to reduce the consumption of meat, to which Sánchez responded resoundingly with a “to me where they put me a ribeye to the point, that’s unbeatable ”despite the fact that his plan says just the opposite.

The document also criticizes that “the effect that the generalization of the fast and cheap fashion (fast and low cost fashion)».

“40% more clothing is bought in European countries today than in 1996, which has contributed to dramatically increasing the ecological footprint of the textile sector. At the same time, the generation of electrical and electronic waste per capita in Spain has been more than doubled during the last decade, as a result of the increase in the consumption of these devices, whose service life is getting shorter», Indicates the future plan of the Government.

Sánchez’s plan for 2050 also includes a cut in the consumption of household appliances. “For Spain to become a sustainable society in the use of resources, it will not be enough to transform the way in which we produce goods and transport them, but it will also be necessary to change the way in which we consume them,” he warns.

In this context, it is considered that “in the coming decades, the Spanish population will have to reduce its intake of food of animal origin, the amount of clothing it buys, or the number of new digital devices and appliances that you acquire per year. It will also have to become more restrained in its movements (especially when these are carried out with highly polluting means), and pay attention to the environmental footprint that its consumption generates beyond our borders.