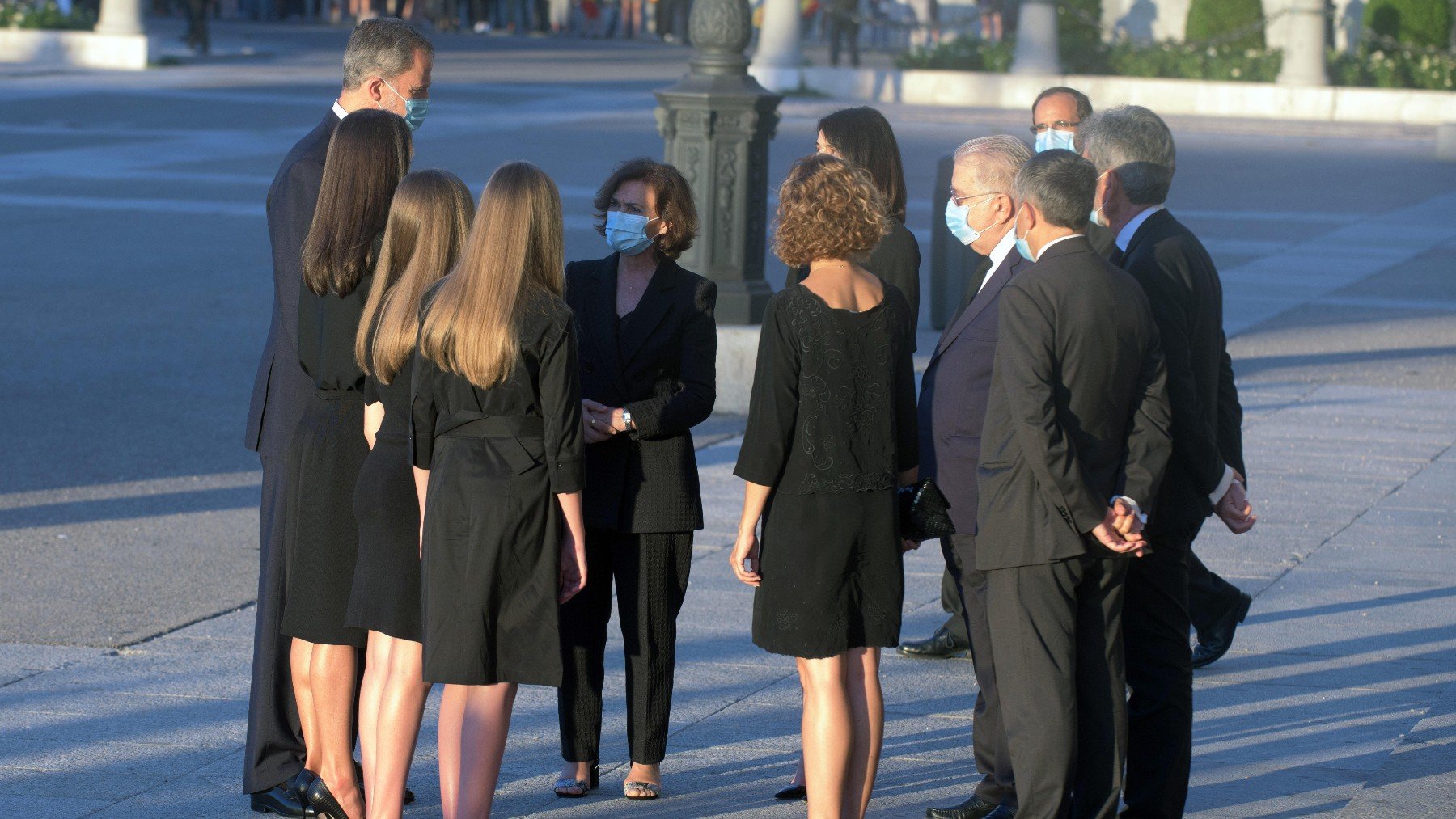 Sánchez wants to end the religious presence in the ceremonies and official acts of State. Secularism in its purest form. The PSOE is already working on this line and will promote a Statute of Secularism with the aim of erasing the religious presence “in the field of public, school and other services, armed forces, prisons, use of public spaces” and “official ceremonies”.

The text is already prepared. And it aims to prevent controversies such as the one developed in July 2020, when the Kings attended a funeral for the victims of Covid in the Almudena Cathedral. A Catholic funeral and with the presence of Catholic symbols.

One of the documents developed as a result of the last Federal Congress of the PSOE includes the initiative. “It seems necessary to promote the existence of a Statute of Secularism that develops its application in the field of public, school and other services, armed forces, prisons, use of public spaces, official ceremonies, etc.”.

The explanation of the socialists is brief: «In the framework of all these processes and advances in the matter of secularism, with new goals as a 21st century law of Freedom of Conscience, Religious and Convictions, is consistent with our constitutional state of right to review the agreements with the Holy See.

In our country, the religious fact is guaranteed by the Constitution, also its subjective dimension as freedom of conscience, and it is time to update some agreements that are more than 40 years old, some prior to the Constitution ”. And the objective is, indeed, eliminate religious presence in ceremonies, events and public services. We must remember the controversy generated as a result of one of the last representative and media acts by the Covid. A ceremony that had the official presence of the Kings. But not from the president.

It all happened in July of last year. The President of the Government, Pedro Sánchez, traveled to Lisbon to meet with the prime minister António Costa right on the dates of the ceremony. The chief executive was absent from the country just the day the Episcopal Conference had organized a mass in memory of all the fatal victims of the coronavirus in Spain. The liturgical act, in the Almudena Cathedral, was presided over the Kings Don Felipe and Doña Letizia and it started at eight in the afternoon.

The official agenda of the President of the Government in the Portuguese capital began at 1:35 p.m. (2:35 p.m. Spanish time) with a lunch at the Palacio de Sao Bento, headquarters of the Portuguese Executive. In the middle of the afternoon, Costa and Sánchez, appeared at a press conference open to all the media that covered the mini international summit between the two socialist leaders: at 6:00 p.m. Spanish time. And, with that argument, Sánchez was absent of the religious ceremony with official presence.

The truth is that Sánchez’s trip to Portugal to meet with his Portuguese counterpart was organized expressly the previous Saturday. After ten o’clock at night, the journalists who were covering government information received in their email a communication from the Secretary of State for Communication informing them of the trip and of the need to accredit themselves within 24 hours to travel in less than 48 hours. hours.

The official note from the Government did not even state the reason why Pedro Sánchez had to travel to Lisbon. In fact, a week earlier, the two leaders had seen each other in Badajoz during the symbolic reopening of the border between the two countries after the longest closure, caused by the pandemic.

The truth is that Sánchez did not want to be in an act with a marked religious tone, but an official presence. And is that the religious ceremony was officiated by Cardinal Carlos Osoro, Archbishop of Madrid and Vice President of the Spanish Episcopal Conference. And the act was attended by the Kings.
In addition, the mass took place just 10 days before the state funeral called by the Government of Pedro Sanchez and Pablo Iglesias, at that time, in memory, also, of those who died as a result of the coronavirus.